Home » NEWS » CHARLIZE THERON ON INTRODUCING BOYFRIENDS TO HER KIDS: ‘THEY HAVE TO WAIT A LONG TIME’

CHARLIZE THERON ON INTRODUCING BOYFRIENDS TO HER KIDS: ‘THEY HAVE TO WAIT A LONG TIME’ 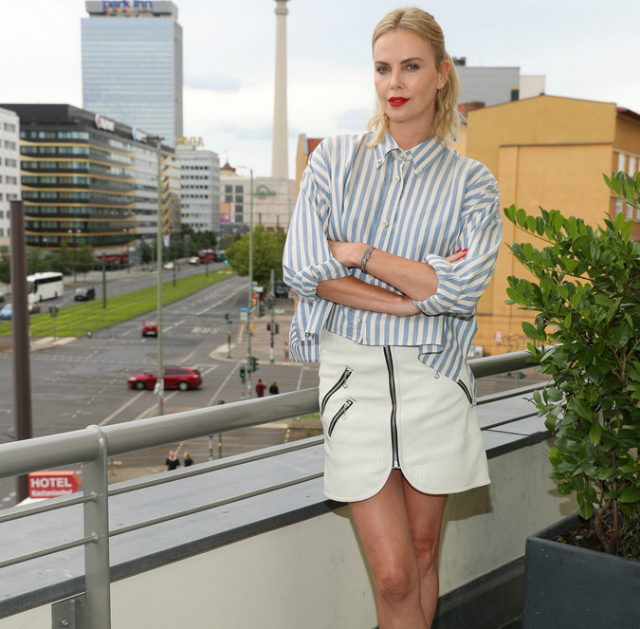 Charlize Theron may be back on the dating scene, but she has no plans to introduce any potential partners to her kids. The actress recently told Howard Stern that it would be a while before she brought a man into Jackson and August’s lives.

“They have to wait a long time — a very long time,” Charlize said about introducing partners to her kids. “I think you have to be really, really slow with that stuff,” she added.

Life for Charlize Theron revolves around her kids. The actress ended her last long-term relationship with Sean Penn in 2015 and has spent the last two years enveloped in work and mommy duties.

“Once you have children, that’s who you are,” Charlize told Howard. “There’s no way around that. That’s who I am,” she shared. “Once I had my kids, the first two years you’re so — you turn into such a mom. Your body almost switches off. I had no desire to date or anything.”

Theron has been getting her groove back these past few weeks with a recent date that was nothing short of a success. “We went for a 9-mile hike in the middle of the night,” she revealed. “It was a full moon. I was really impressed. It was fun! I’m not going to say where we met but we met somewhere and we ended up going for a walk. I wasn’t scared — it was just really fun. He was super funny. It was super private and I guess that’s what made it so much fun too.”

Could it be a match made in paradise, perhaps? We’ll just have to wait and see. Charlize Theron adopted her son, Jackson, in 2012 after a two-year process. The actress adopted her daughter, August, last year.