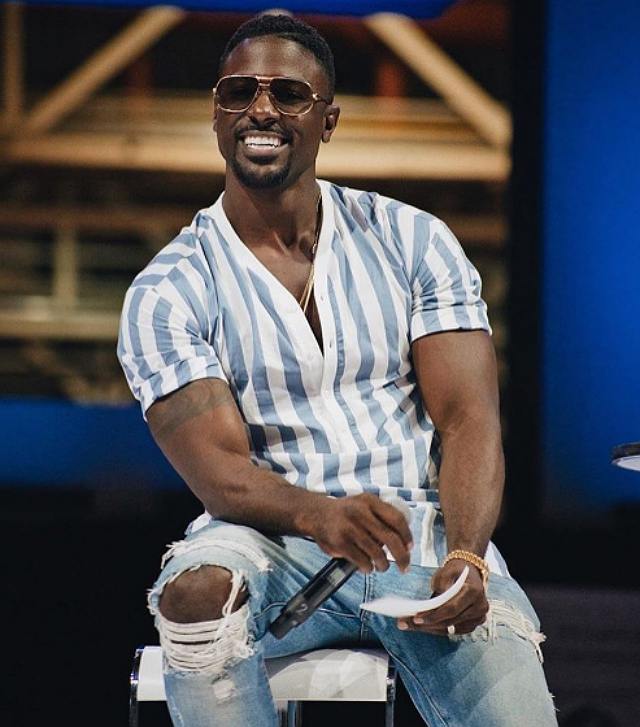 Are twins in Lance Gross and wife Rebecca Jefferson’s future? Possibly so. The actor told media at ESSENCE Festival 2017 that he was hoping for two sons in the near future.

“I’m pushing for twin boys but, we’ll see what happens,” Lance revealed. “My wife is like, ‘I don’t know about that’ but, you know, we’ll see. I definitely want 3 kids and twins run in my family so, it’s a good possibility. I’m putting it into the air!”

Twin brothers may be the ideal fit for potential big sister Berkeley. The little one is presently the only child between Lance and Rebecca.

“My wife and daughter are my hearts,” Gross said of his family. “It’s just such a beautiful thing watching somebody that you helped create grow. I love my daughter so much. Until you have a kid, you can’t understand that type of love. So, yeah, I love every minute of being a father.”

Parenthood definitely comes with the perk of showing someone else the ropes. Lance has been privileged to give his daughter personalized photography lessons that teach her the importance of a good shot. “I love capturing the beauty of our people,” the actor said at ESSENCE Festival 2017.

“I also love bringing out sides that people didn’t know they had,” he added. “I shoot a lot of people who aren’t necessarily ‘models.’ I might see somebody that I think looks interesting and I’ll ask them to shoot and they’re hesitant because they don’t model. But, I always tell them to just trust me and just do them and I’ll capture them in a beautiful way. So, yeah, I just love showcasing our beauty.”

Lance and Rebecca Gross welcomed their daughter in 2014. Berkeley celebrates her third birthday in November.