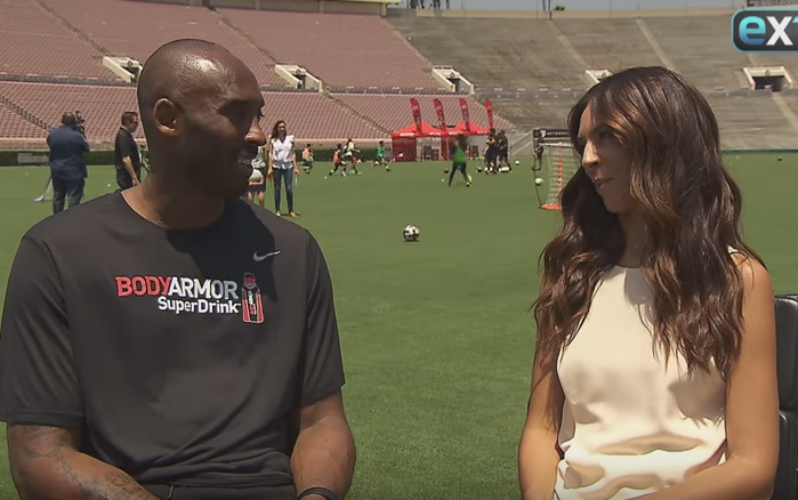 How is life for Kobe Bryant as the father of three daughters? Pretty good. The celebrity dad tells Extra about his and wife Vanessa Bryant’s life at home now that they have two teenage daughters, Gianna and Natalia, and a 7-month-old baby named Bianca.

“Vanessa has been a trouper because she knows Bianca is one of the babies that doesn’t really like the bottle,” Kobe shares with media. “So Vanessa has been soldiering up.”

With three daughters and a wife, Kobe is clearly outnumbered in his home. “Well, it’s pretty cool for me ’cause it’s Daddy’s little princesses,” the retired ballplayer reveals. “Guys keep teasing me. My friends say, ‘It takes a real man to make a boy.’ I’m like, ‘Dude, it takes a king to make a princess… get in line.”

Kobe Bryant does everything within his power to nurture his daughters’ passions in life. Such support includes taking the sidelines while Gianna brushes up on her basketball skills and watching several films with Natalia.

“She’s pretty fierce,” Kobe says of Gianna’s b-ball abilities. “She came to me last summer and asked if I would teach her the game a little bit, so she just started playing. As for Natalia, “Her and I can sit down for hours and just watch film after film after film after film… Natalia’s a great volleyball player and Gianna’s great at basketball, great at soccer.”

Natalia celebrated her fourteenth birthday in January. Gianna turned 11-years-old in May. Little Bianca crosses the 1-year-old milestone in December.