BLUE IVY CARTER IS DROPPING BARS ON HER FATHER’S BONUS TRACK FOR ‘4:44’ 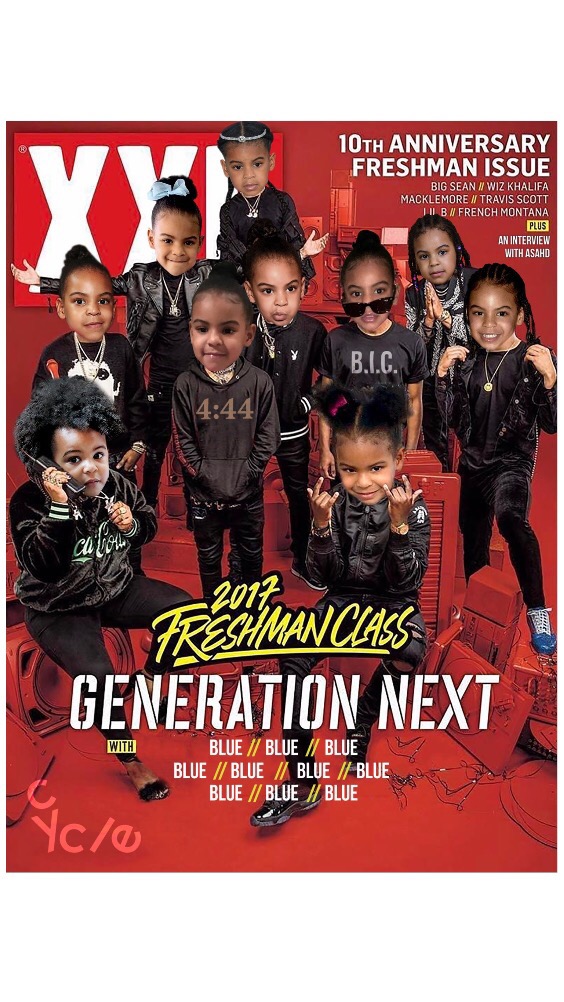 Jay-Z’s 4:44 album is now available on Apple and Amazon with a bit of a surprise. The rapper’s latest project extended its digital coverage beyond TIDAL earlier this week and fans were pleasantly surprised to hear Blue Ivy Carter dropping a few bars in the bonus track, “Blue’s Freestyle/We Family.”

Some of the audio was not discernable but the parts of Blue’s rhyme that the mic did pick up were fabulous. A few fans commented on the youngster’s skills by taking shots at artists in the industry. “Blue Ivy is five years old and getting Nicki clean outta here,” one fan tweeted. Another fan questioned whether Blue’s rhyme skills were better than Nicki, who has been in the industry for years, but admitted that the little one would give the star rapper a run for her money if she continued developing the craft. “From the sound of her debut, Blue on par with Nicki,” the follower wrote.

Blue and her younger siblings are showcased on their father’s latest album, which is about family and everything else. Jay-Z addresses politics, show business, and his transition to being a family man on 4:44. In particular, the rapper’s title track had everyone taken aback by its powerful message.

“‘4:44′ is a song that I wrote, and it’s the crux of the album, just right in the middle of the album,” Jay-Z says of the feature track. “I woke up, literally, at 4:44 in the morning, 4:44 AM, to write this song. So it became the title of the album and everything. It’s the title track because it’s such a powerful song, and I just believe one of the best songs I’ve ever written.”

Check out Jay-Z’s 4:44 with bonus tracks here. Stop by @officialbck on Instagram to check out memes of Blue’s rapping debut and more!