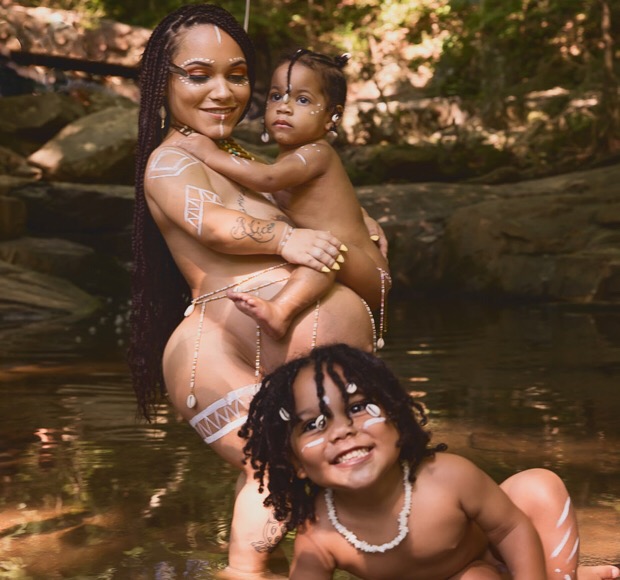 “I don’t care who the biggest fish in the pond is.. I’m a whole different animal,” Tanya shared along with a picture of herself striking a pose in the nude. The reality star also uploaded a picture of her and the kids. “My Trinity,” she captioned underneath a candid of her with one of her little ones. Tanya gave major shout outs to Fine Art Photographer who took the pictures onset and Fatoumah N. who contributed the jewelry.

Tanya has been bringing all of the drama to Little Women: Atlanta with one of the more recent episodes showing the reality star choosing her children’s father, Nico Cobb, over her best friend, Sam. “There’s just something about him that rubs me the wrong way,” Sam told her friend on a recent episode. “I don’t like the way he talks to you, I don’t like the way he makes you feel.”

I don't care who the biggest fish in the pond is.. I'm a whole different animal.. ? Photo by: @significant_moments Waist Beads by: @waistbeadsbyfatou #bearth #native #yourfavoriteherbalist #sneakpeak

There was apparently something about what Sam said that rubbed Tanya the wrong way as the celebrity mom sent her honest pal packing by the end of the episode.

Tanya Scott is expecting the newest addition to her family to arrive in coming weeks. Stay tuned for more baby news!