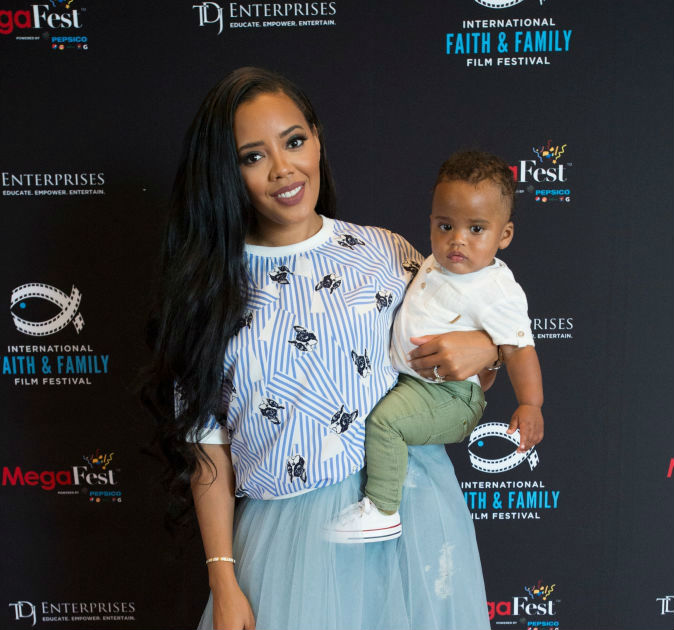 Angela Simmons and her son, Sutton Tennyson, were all about inspiration this past weekend. The celebrity mom and her son stopped by MegaFest in Dallas, Texas, on Saturday where Angela sat on the Hollywood’s Millennials: International Faith & Family Film Festival Rising Stars panel.

Simmons talked about her pregnancy experience and motherhood at MegaFest. “Motherhood is incredible,” she told attendees. “It really brings out a whole other side to you [that] you don’t even know existed. I always loved children but having your own is like, ‘I’m looking at a piece of me. It’s crazy.”

Angela welcomed her son last fall after announcing her pregnancy in spring. Sutton has revolutionized his mom’s life ever since. “At nighttime, sometimes I have to wait to wash my face until he goes to sleep,” Angela recently shared with BET. “I guess when you’re home, you’re home and you just don’t want to do as much. You just want to be a mom!”

The celebrity mom also wants to continue building her empire, which includes a long-standing partnership with Dhair Boutique of Dallas. “D’Andrea’s great, she brought me on as a hair ambassador for the company,” Angela said after the company expanded to Brooklyn earlier this year. “I’ve definitely had no issues with this hair. For three years, like ever,” Simmons added.

My little prince ?Happy 9 months ! Time is passing us by so quick . I couldn't be more proud to be your mommy! I love you ❤️