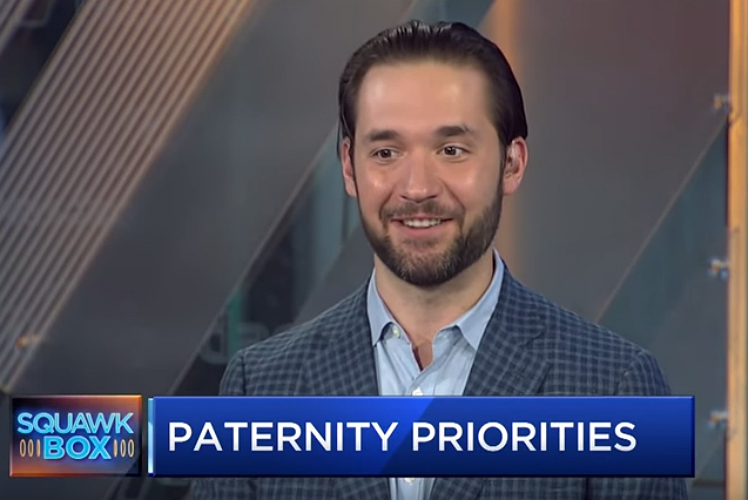 Alexis Ohanian is headed for paternity leave. The Reddit co-founder tells CNBC’s Squawk Box that his work schedule is cleared in light of his fiancee, Serena Williams, giving birth to their first child this fall.

“I’ll be taking off for six weeks myself and trying to do my best — the best job possible as a new dad, first time dad,” Alexis shares. The soon-to-be father is certain that Serena will fit right into her mothering role. “She’s very good at a lot of things,” Ohanian says, “and well on her way to being an awesome mom too.”

News of Serena Williams and Alexis Ohanian’s expectancy spread in January shortly after Williams dominated at the Australian Open. Many fans were shocked to hear of Serena’s expectancy since the player showed no signs of slowing down during the tournament.

“I’ve got to play a tournament,” Serena said of her learning that she was pregnant right before the Australian Open. “If you would have told me last year in October or November that I would have a baby, not be pregnant but have a baby, I would have thought you were the biggest liar in the world,” the tennis star told Vanity Fair. “This is happening sooner than later, and it’s going by so fast,” she added.