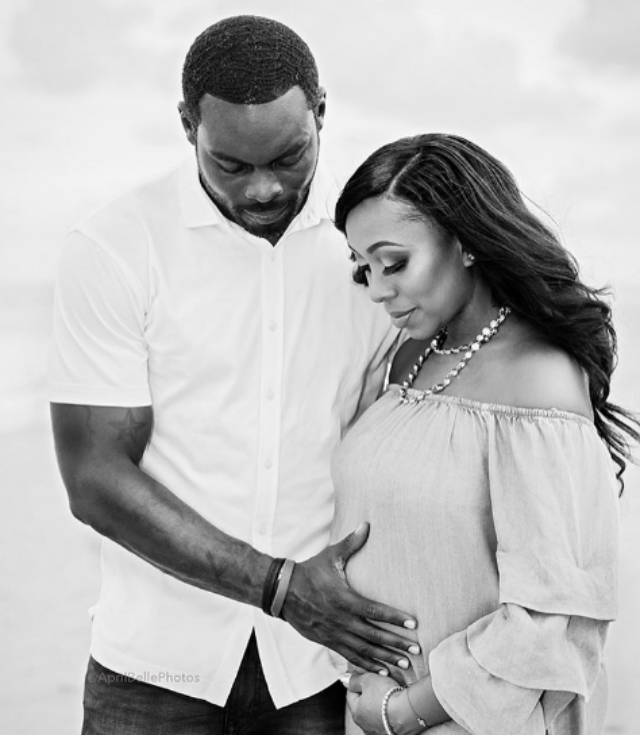 Congratulations to Kjafa and Michael Vick who will be expanding the family by one next year. The couple announced the expectancy of their third child earlier this week.

“Made with love. God Bless my baby,” Kjafa wrote. The expectant mom also shared a picture of her and Michael. The former NFL player placed a loving hand on his wife’s stomach in the candid.

The Vick’s little one will join their daughters, Jada and London, and Michael’s son, Mitez, at home. Fans will possibly get to see an up-close and personal look at how Michael and Kjafa rear their children when the latest season of Baller Wives premieres next month. The new show is set in Miami and sheds light on the women who stand behind their star athlete men.

“From the sidelines to the social frontlines, VH1’s “Baller Wives” will highlight these pro athletes and their wives as they navigate love, family, business and balling in the world where relationships are complicated and the competition between neighbors is thick. While the men may call the shots on the field, it’s the ladies who truly run the game.”

Michael Vick played 13 seasons for the Atlanta Falcons before retiring from the NFL earlier this month. Michael, who received loads of negative press after a dog fighting investigation rendered him a guilty party in animal abuse allegations in 2007, was given a proper send-off party by his team. “I just appreciate the fact nobody ever changed toward me,” Vick said at his retirement party. “I wasn’t perceived any different.”

So what will Michael Vick and his family’s next chapter in life be? Fans will just have to wait and see. Baller Wives premieres on August 14, 2017.