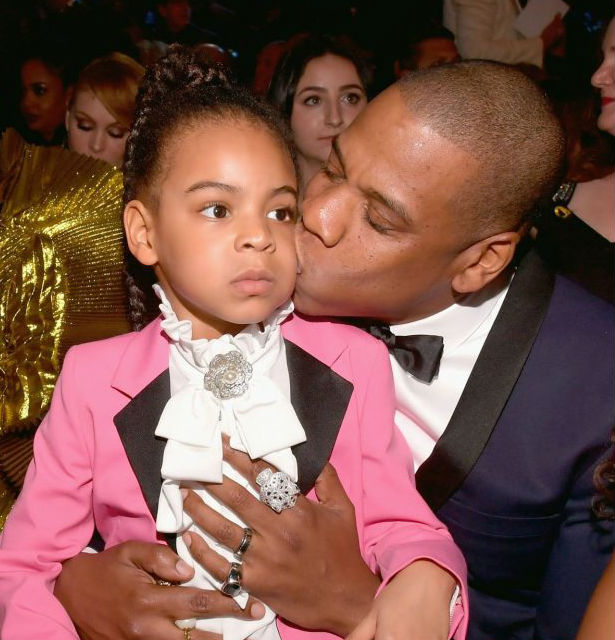 Jay-Z is leaving a legacy for his kids!  This week, the rapper released his latest album, 4:44 with a song called “Legacy” as his tribute to his kids.

The track begins with Blue posing a question to her father. “Daddy, what’s a will,” the 4-year-old quips. Jay-Z’s lyrics explain the term, “legacy” to both Blue and listeners abroad.

“My stake in RocNation should go to you / Leave a peace for your siblings to give to their children too,” he raps to his daughter. “Your seed, married his seed, married my seed / That’s how we keep Carter money in the family,” he adds further along in the song.

Many will remember Jay-Z’s song “Glory,” which served as a tribute to Blue upon her arrival in 2012. The little one was quite possibly the youngest recording artist of the time as her cries were heard at the end of the beautiful single that delved into Beyonce suffering a miscarriage before conceiving and giving birth to Blue.

Jay-Z’s latest project also deals with deep family issues that include alleged infidelity that many say Beyonce’s Lemonade album brought to light last year. “I apologize, often womanize/Took for my child to be born to see through a woman’s eyes,” Jay raps in the album’s title track. Many Beyhive fans took the recording artist’s words as an admission of guilt and apology to Bey for his unfaithfulness.

Regardless of the message that Jay was trying to convey about the past, it is evident that the celebrity father is in absolute love with his wife and kids now. Check out Jay-Z’s 4:44 album here!