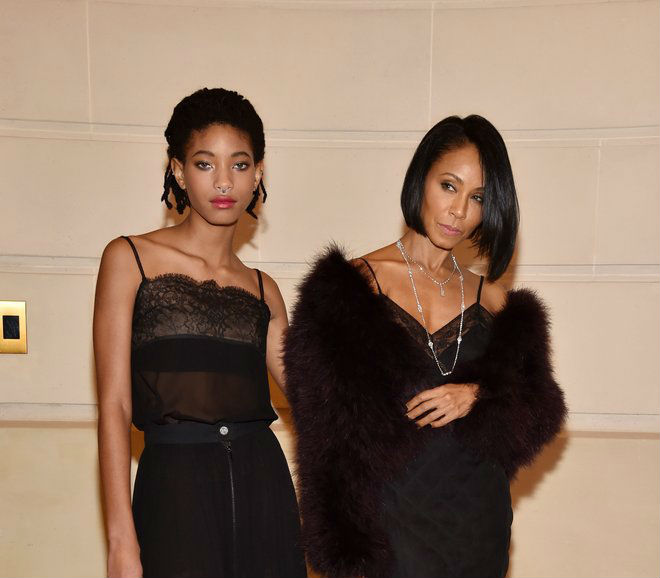 Jada Pinkett-Smith set the record straight on her alleged empty nest at the 2017 BET Awards this past Sunday. The actress told ET Online that Jaden and Trey have moved out of the house, but Willow is still living at home.

Some fans became confused about Willow’s living arrangements after Jada Pinkett-Smith’s interview with Haute Living in which she told the magazine that her kids were not around the house as often. “They’re not around, but they are,” Jada said. “Willow loves to call me every day, and even Jaden, when he’s away on set, still needs to see Will and I when he gets homesick.”

The celebrity mom assured fans on Sunday that her home was anything but an empty nest. “Jaden lives five minutes from me,” Jada told ET Online. “Trey lives five minutes from me. They’re at the house every day. It’s almost like as your kids get older, they actually need you more. So, I have three older kids that need me, like, more than ever! I’m like, ‘I’mma get my groove back, I got my freedom.’ It’s like, no.”

Jada Pinkett-Smith and husband Will Smith have two kids, Jaden and Willow, together. Trey is Will’s son from his first marriage.