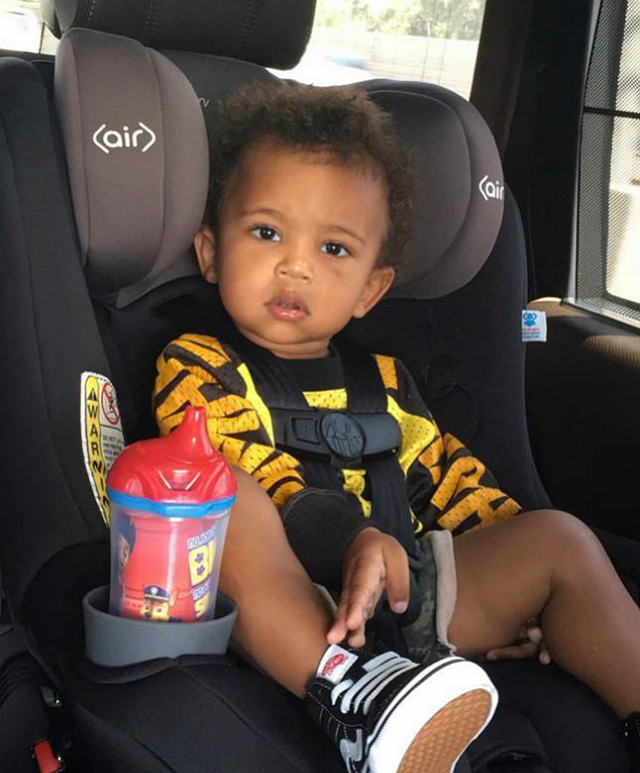 Here come the mommy shamers! Kim Kardashian shared a picture of her son, Saint, on Saturday that had some of her Facebook followers talking for all of the wrong reasons.

In the candid, Saint was sitting in his car seat that just happened to face the driver’s seat instead of taking the rear-facing direction that many parents swear by. “He is so cute,” one fan wrote. “Let’s protect this handsome boy by making sure is rear facing.”

Many agreed that Saint should have been turned to face away from the driver’s seat. What some critics failed to notice, however, is the design of the little one’s security stall, which takes on the form of a booster seat and not that of an infant car seat. It is impossible to implement the rear-facing technique with a booster seat. Perhaps Kim should have done as other critics suggested and invested in a rear-facing infant carrier because, of course, they know what’s best for little Saint. Right.

In any case, Kim had the support of her many non-condemning fans who silenced the trolls. “I see the car seat police are on a mission,” one fan said in response to the above comment. “Typical putting their nose and opinion in when it wasn’t asked!” Another of Kim’s loyal supporters wrote, “Omg! Guys, the world is gonna end! His car seat needs to be rear facing! Shut up! I got my son a car seat at one year old it wasn’t rear facing, he’s safe! Shut up and enjoy the picture!”

Will the mommy shaming never end?