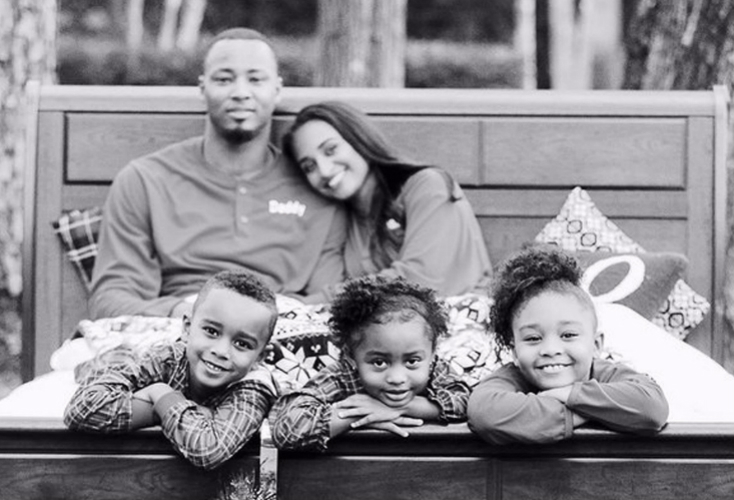 Rashard Lewis is a daddy do-gooder in the highest sense of the phrase. The former NBA player recently announced his commitment to sponsoring kids who want to attend BIG3 games by paying for tickets out of his personal funds. The event’s website celebrated the star father by spreading news of Rashard’s charitable efforts on Monday.

“Thanks to Rashard Lewis, a lot of kids around the country this summer will have a chance to see BIG3 games … for free,” the BIG3 site read. “Lewis, player/captain of the 3-Headed Monsters, announced today that he will pay for the ticket of any child (13 or younger) who is accompanied by a paying adult attending games at any of the BIG3’s 10 venues this summer.”

Rashard recently announced his plans for sponsorship in a special article written for the Huffington Post. “It’s all about role models, especially parents, and the way they raise their children, guide them in the right direction,” Lewis said in the OP-ED piece. “If we can help in any way, I think that’s good for the community. If we can try to help them just a little bit, maybe that provides the spark that sets them on a better path.”

The BIG3 is a professional basketball league that features some of NBA’s greatest competitors. The league was founded by Ice Cube and Jeff Kwatinetz in 2012 in hopes of satisfying basketball fans during the NBA’s offseason. Rashard Lewis has three kids.

AVA DASH AND SISTER WALK THE RUNWAY FOR A CAUSE

AVA DASH AND SISTER WALK THE RUNWAY FOR A CAUSE