Bobbi Kristina Passed Away In 2015 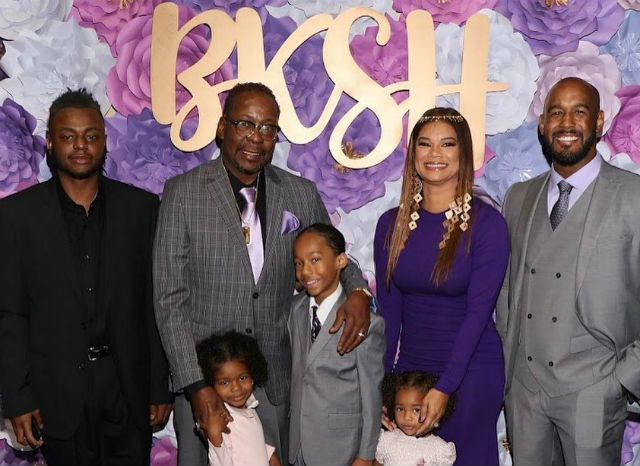 Bobby Brown, his wife Alicia Etheredge and five of his kids were at the third annual Golf Gala and Tournament charity event held in support of The Bobbi Kristina Serenity House. The two-day event was held on Sunday, November 3, 2019, and Monday, November 4, 2019, at the Woodland Hills Country Club in Woodland Hills, California.

Faith Evans performed at the event and D.L. Hughley was honored with a special award. Bobby Brown and his wife took center stage to discuss the purpose of their charity as well as what they are presently doing to combat domestic violence.

The celebrity couple previously spoke with Pat Prescott regarding The Bobbi Kristina Serenity House. “The foundation started in 2015 with the passing of my daughter, Bobbi Kristina,” Bobby shared. “I felt there was something that needed to be done about domestic violence because that’s how she passed,” the celebrity father added.

“She didn’t pass by drowning,” Bobby continued. “She passed of domestic violence. And I’ve seen so much in my life from where I’m from. … There was always somebody fighting somebody. Families fighting. It affects everybody. It doesn’t only affect the family. It affects people that are around them. And I just felt something needed to be done.”

That something was The Bobbi Kristina Serenity House, which provides hope to battered women who need help in the quest to liberate themselves from violent situations in the home. According to the charity’s website,

“We seek to fulfill our goal to provide 24-hour crisis intervention, emergency transitional shelter, access to resources/referral services, and advocacy for social change with expert support services for victims and survivors of domestic violence.”