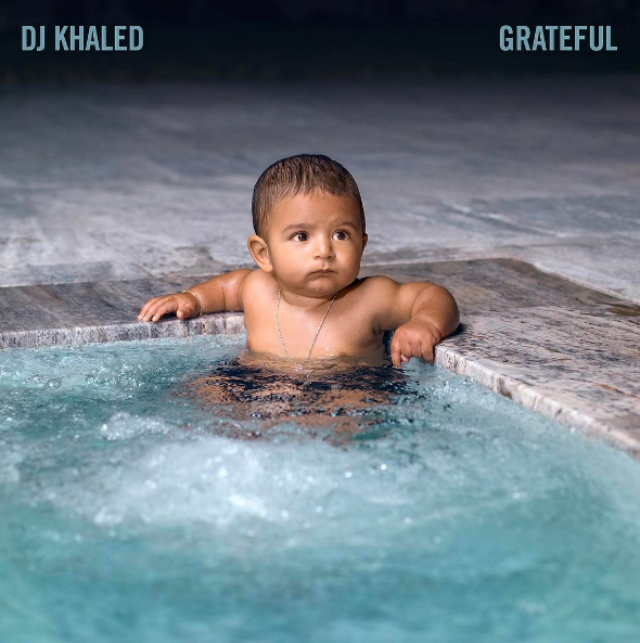 Look out, world! Asahd Khaled is on the rise! The 8-month-old son of DJ Khaled is on the cover of his father’s latest album. Asahd’s Instagram page sheds light on the little one’s venture in the music world.

“This me and my daddy official album cover for #GRATEFUL,” reads the caption alongside a picture of DJ Khaled’s album artwork. Little Asahd is relaxing in a swimming pool in the photo. “The cutest ever,” one fan wrote. “This album cover is on point,” another follower said.

News of DJ Khaled’s forthcoming project comes days after the artist released “To The Max,” which was created in collaboration with Drake. The celebrity father decided to make his son an executive producer of Grateful since Asahd inspired much of the work.

“I couldn’t have made this album without him,” DJ Khaled told fans a few days back. “He put a drive in me so much that I just kept making incredible music.”

If the album sounds anything like DJ Khaled’s single with Drake, then fans are certainly in for a treat. DJ Khaled’s Grateful comes to stores nationwide on June 23, 2017.