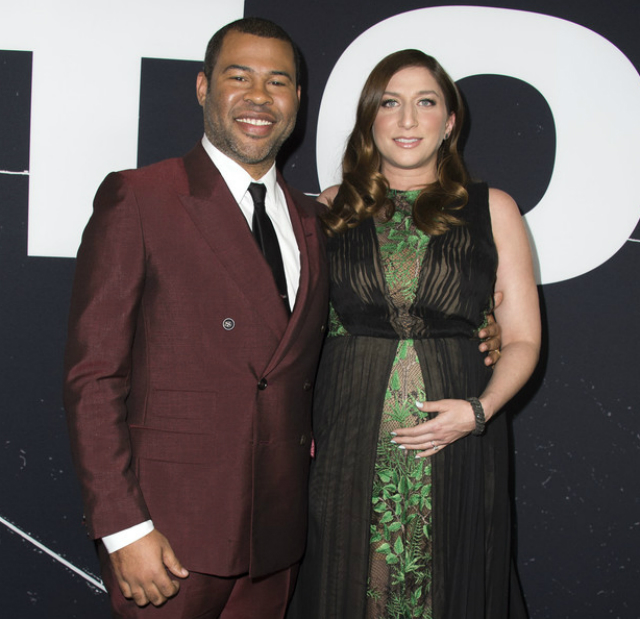 Chelsea Peretti is not here for the unsolicited comments and questions that come with expectancy. The comedienne and wife of Jordan Peele recently went on a hilarious rant that addressed the most common remarks that pregnant women are subjected to when in public.

“IF U C A PREG WOMAN OUT & ABOUT & FEEL INCLINED 2 SHOUT SOMETHING IN HER FACE ABOUT HOW SHE LOOKS – GET READY FOR A SHOUT BACK ON UR LOOKS,” Peretti wrote in one of many tweets on Monday. The storm of posts got even funnier as Peretti became intentional with her tweets.

"UR BABY LOOKS READY TO DROP!" "THANKS MISS, UR PANTS LOOK HEMMED AT A WEIRD LENGTH" Good talk

“‘UR BABY LOOKS READY TO DROP!’ ‘THANKS MISS, UR PANTS LOOK HEMMED AT A WEIRD LENGTH’ Good talk,” she wrote. “‘UR SO BIG!’ “THANKS GIRL U LOOK LIKE U GOT A PERM IN THE 90s’ take care kit love u much.”

Thousands of fans gave Chelsea’s tweetstorm hearts and a few even retweeted her hilarious posts. It’s no surprise that the comedienne is taking the random and sometimes offensive comments directed towards pregnant women in stride. After all, Chelsea announced her and Jordan Peele’s expectancy in a hilarious manner just days after Beyonce’s epic pregnancy news hit mainstream. “Beyonce schmonce,” Peretti shared along with a selfie of her showing off her bump.

The expectant star recently uploaded a photo of herself using a mirror on public display to check her maternity style. “In this picture, I am admiring a shelf and mirror from a place that sells those and accidentally my cool chic look got in the pic.” Too funny!

Check out Chelsea Peretti’s recent storm of hilarious pregnancy tweets below! The celebrity and her husband are expecting their first child to arrive in coming weeks.

"THE WAY UR CARRYING ITS GOTTA BE A BOY/GIRL" "COOL! THE WAY UR FACE LOOKS I FEEL LIKE U LOOK LIKE U HAVE BAD BREATH"

"WHEN ARE U DUE?" WHAT DIFFERENCE COULD IT POSSIBLY MAKE IN YOUR LIFE AS A STRANGER AT THE GROCERY STORE

MOVIE WATCH: 'PIRATES OF THE CARIBBEAN: DEAD MEN TELL NO TALES' GETS TWO THUMBS UP

Can you say, "Full of life"? These expectant stars have the glow and are headed...