MOVIE WATCH: ‘PIRATES OF THE CARIBBEAN: DEAD MEN TELL NO TALES’ GETS TWO THUMBS UP 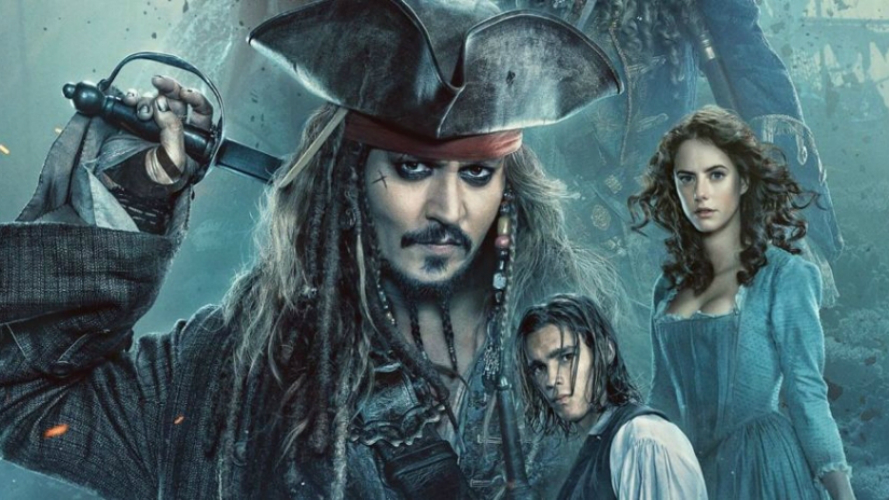 It’s the last hoorah for the men of the sea and what a finale it is as Johnny Depp, Geoffrey Rush, and others deliver smash hit performances in Pirates of the Caribbean: Dead Men Tell No Tales.

The film begins with backstory from Henry Turner’s (Brenton Thwaites) childhood. The youngster determines that he will reunite with his father, Will Turner (Orlando Bloom), despite Will telling Henry that nothing can break the curse placed upon him by the sea. Thankfully, Will is wrong.

Henry sets out to find the trident of Poseidon that, unbeknownst to Henry and woman scientist Carina Smyth (Kaya Scodelario), has the power to set past pirates free of imprecations. Henry and Carina’s search for the great trident becomes a matter of life and death for Captain Jack Sparrow (Johnny Depp) who is being hunted down for killing by deceased Captain Salazar (Javier Bardem). Salazar is enraged by Sparrow’s arrogance that cost him his life decades ago and is determined to find the drunken pirate by any means necessary. “Any means” in Salazar’s book is defined as destroying every ship on the sea until he finds his target: enter Captain Hector Barbossa (Geoffrey Rush).

Barbossa makes a deal with Salazar to deliver Sparrow when the dead captain comes to destroy him and his crew. Barbossa later reneges on his offer and ends up teaming up with Sparrow, Henry, and Carina to destroy Salazar. The materialistic Barbossa also gets wind of a shocking revelation that forever changes the way that he defines “treasure.”

The fifth and final sequel of the Pirates franchise is everything that fans can expect and more. “This is as big as it comes, director Joachim Ronning says of the film. “Going into something like this will always be daunting and you better be prepared,” he adds.

Geoffrey Rush also delves into the big secret of the fifth installment that will shock viewers to no end. “When I read the script, I went back and I looked through all the other films to see does this make sense,” he explains. “The bottom line for Barbossa is his vanity and his narcissism and his ruthlessness and his shockingly good looks,” Rush muses. “I like there being something that might reveal a vulnerability or a doubt.”

Catch the moment that forever changes Barbossa’s life and more when Pirates of the Caribbean: Dead Men Tell No Tales makes its public debut on Friday, March 26, 2017. Check out the film’s trailer below!