Home » NEWS » AJ GREEN AND HIS SON ARE TRAVELING HIGH 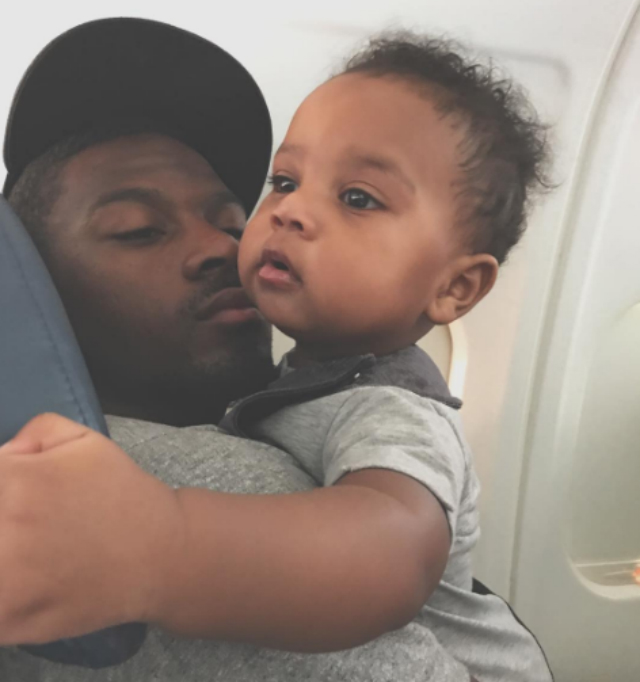 Miranda and AJ Green can’t get enough of their son, Easton, and neither can we. The celebrity parents recently shared pictures and video footage of their little one online.

One photo was of AJ and Easton bonding while traveling together. “Early flights with the wild child,” Miranda told her Instagram fans. Mrs. Green also uploaded footage of Easton conversing with AJ. “He is so adorable,” one fan wrote. “He trying to take dad’s facial hair off,” the follower added.

It was just last year that Miranda and AJ welcomed their son. Easton Ace Green was born on September 21, 2016, and AJ gushed about his new role as a father.

Easton is Miranda and AJ Green’s only child. Check out two more clips of the little one enjoying life at home with mom and dad below!

I love my little growling, crawling, sippy cup sipping, giggly, tv loving, bath time hating.. child. I thank God every day and night for you, Son. Being your mommy is an honor. #my1stmothersday