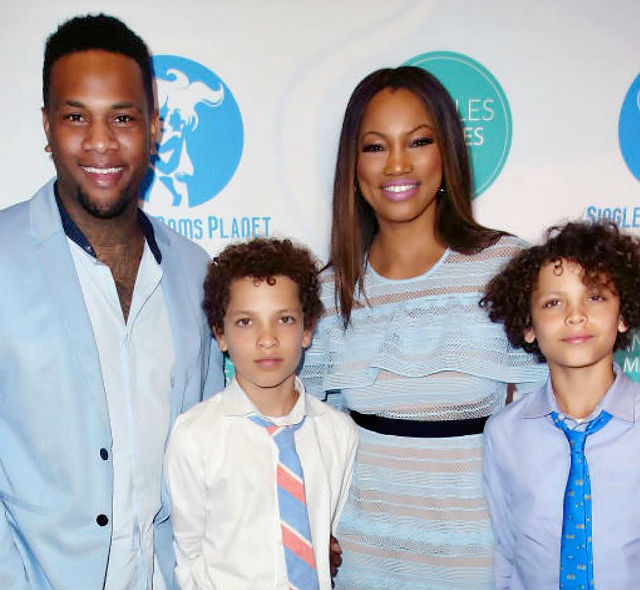 Garcelle Beauvais was the guest of honor at Thursday’s 4th Annual Single Mom’s Awards hosted by Single Moms Planet. All of the actress’ sons were present to watch as she was given the 2017 Single Mom of the Year in Film & Television award.

“Today I was honored by @singlemomsplanet #2017 #enertaineroftheyear,” Garcelle said after the event. The actress went on to tell Instagram fans that she had her sons “there for support.”

The Single Mom’s Awards were created to shed light on the role that mothers play in their children’s lives and how sometimes the duties are two-fold when the father is not a contributing factor to the household. Garcelle identifies with single motherhood as she has raised her sons as such since her divorce from Jax and Jaid’s father, Mike Nilon, became final in 2011.

Garcelle has used her experiences over the years to channel the various characters that she has portrayed on screen. The celebrity mom’s most recent acting personality came in the form of Lisa in the coming of age film, A Girl Like Grace. From the surface, it appears that Beauvais’ character is the villain who inflicts pain on her daughter, Grace, who is only trying to find her way in life. A deeper layer of the persona, however, reveals that Lisa is troubled with demons from her past.

“Whenever you are doing work like this you need to bring real struggles into it and everyone, everyone has gone through hard times,” Garcelle said of her decision to take on the role. “For myself it was bringing forward these times of hardship and loneliness I’d been through but also going into the lives of people I’ve been close to,” she added.

“Lisa, while she doesn’t start out trying to be a mother, when she gets to that point later she doesn’t know what to do,” Garcelle explained. “She never had self-worth so she couldn’t pass that on to her daughter. For her, it’s always been the guys and the dinners and basically being a single woman but she has this daughter and is just unable to be a mother. And you see it in Grace, because Lisa doesn’t have a strong sense of self-worth she can’t teach it to her daughter and Grace is affected by that.”

A Girl Like Grace was released at the top of the year. Garcelle Beauvais has three children.