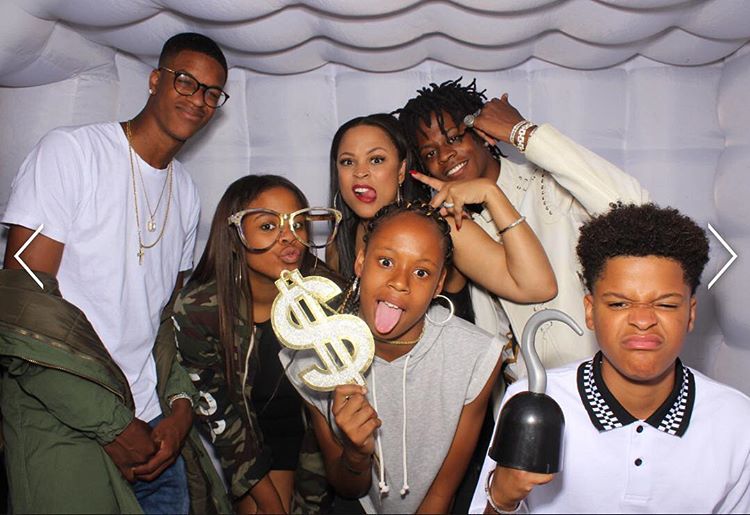 She’s a VH1 mogul, Podcast star, and overall diverse business woman. Shaunie O’Neal seems to do it all while being a mom of five kids.

“I really just push through. Sometimes I do get overwhelmed,” the celebrity mom tells Black Enterprise. “I’ll just kind of sit and just be like, ‘Oh my God, how am I supposed to get all of this done?’ But in the back of my mind, I know I will, so it’s kind of like sometimes I’m just winging it.”

Winging it comes with its share of benefits that include energy to last through the day. “I’m so wound up by the end of my day, that I usually don’t even go to bed to like 2 o’clock in the morning because that’s the time I get to calm it all down, and maybe finish some emails, and check homework and do stuff like that that I couldn’t do while I’m moving around the city,” Shaunie explains.

It was just two years ago that Shaunie O’neal joined forces with fellow supermom Stella Bulochnikov to launch “Mogul Mom’s Playbook” on PodcastOne. “For every woman out there, working woman, mom, single mom, this is a therapy session for all of us,” O’neal said of the show’s content. “And for all the men out there trying to deal with us on ‘one of those days,’ here’s the playbook.”

Shaunie did not disappoint her listeners and has shown no signs of slowing down since the show’s 2015 initial air date. “I’m constantly working on new stuff, selling new stuff, shopping new stuff—when I’m not filming, that’s what I’m doing,” the mompreneur tells Black Enterprise. “Now, we have the ‘Let’s Talk About It’ events that will start taking a lot of my time as well but, yeah, I’m still working on things from other reality shows, to scripted stuff, to TV movies.”

Stay tuned to see what else this star mom has in the works!