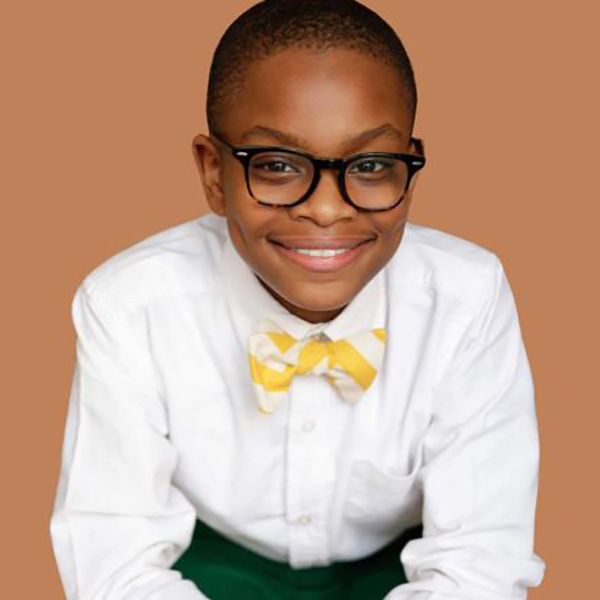 At twelve-years-old, Moziah “Mo” Bridges was a young man with a mission. At fifteen-years-old, he is a budding entrepreneur who just signed a lucrative licensing deal with the National Basketball Association that, according to Forbes Magazine, could earn him seven figures or more.

In 2014, Bridges and his mother appeared on Shark Tank. The young entrepreneur, from Memphis, TN, captured the attention of fashion mogul Daymond John, creator of FUBU, who invested in the teen’s business, helping him to take it to the next level. Eventually, Bridges’ handmade bows and neckties landed on the shelves of luxury retailers such as Neiman Marcus and Bloomingdale’s, putting this talented teen on the fashion map.

As profits rose, people began to take notice of Bridges himself. He was invited to the White House by President Obama, he was named one of Time Magazine’s most influential teens of 2015, and was hired by ESPN as a fashion correspondent for the 2015 NBA draft, where Bridges made handmade bow ties for all of the draft picks. From there, a partnership was born.

“Moziah’s creativity and entrepreneurial spirit are an inspiration, and we are thrilled about the launch of Mo’s Bows NBA Collection,” commented Lisa Piken Koper, NBA vice president of global partnerships to Forbes. “We are alwasy looking for ways to diversity our merchandise offerings and cater to our fashionable fan base, and couldn’t be more excited that fans will have a fun and unique way to show support for their favorite NBA teams.”

The licensing partnership will allow Bridges to manufacture and distribute products with the NBA logos via his online store in addition to retail outlets.

“My goal has always been to make Mo’s Bows a household name for kid entrepreneurship and men’s accessories,” Bridges told Forbes. “Partnerships like this one will help me reach my goals of having a full clothing line by the time I graduate form college. It feels really good to know a major company like the NBA believes in me and my vision to shake up the world through fashion.”

We can’t wait to see what the future holds for this young entrepreneur. We know that it is unquestionably going to be bright. To check out Bridges’ collection, click here.