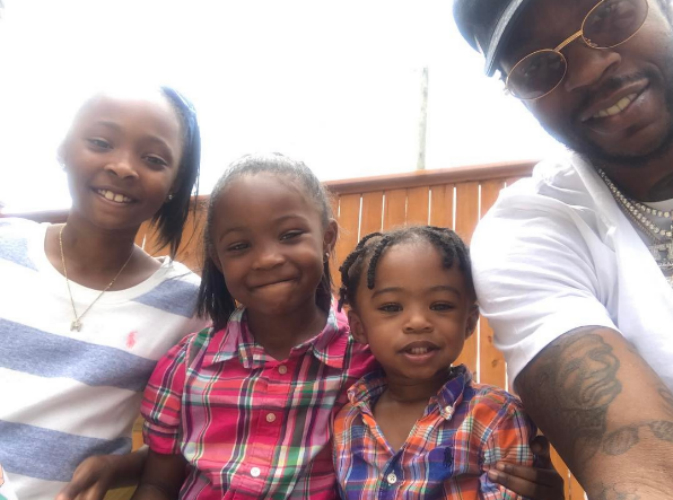 Spending time with his kids is pure bliss for 2 Chainz. The rapper shared content from his day out with his son and daughters on Instagram earlier this week.

“King Halo, growing up,” 2 Chainz told his fans. The star father also shared video footage of his son riding an ATV. Many fans commented on little Halo’s determination to get the vehicle out of a tough spot and take it down the street. “Strong and determined,” one follower wrote. Another fan pointed out how big Halo has gotten. “Too fast,” the subscriber said. “I’m not ready.”

It’s been nearly two years since 2 Chainz welcomed his son. Halo was born on October 14, 2015, and his dad was one of the first to take a picture with him. “He’s here and I’m thankful,” 2 Chainz said.

Halo made the rapper a father for the third time. 2 Chainz also has two daughters named Heaven and Harmony who he rears in spite of the spotlight. “They are growing up in a society where people obviously know who their dad is and obviously treat them different,” the rapper revealed during an interview with Paper. “I try and teach them how to judge friends… real friends.”

Check out Halo’s ATV action below!

ALICIA KEYS: 'I AM A VERY PRESENT MOM'

ALICIA KEYS: 'I AM A VERY PRESENT MOM'