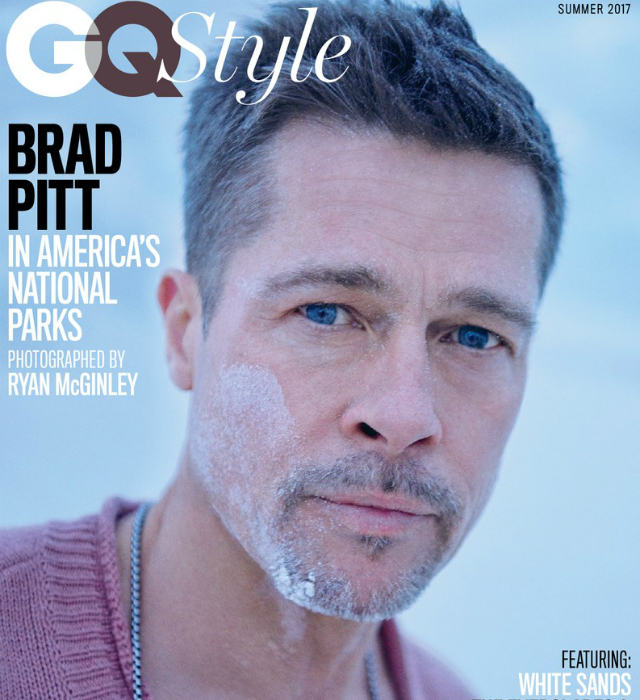 Brad Pitt is moving forward after six months of chaos and uncertainty. The actor opens up to GQ magazine in his first ever major editorial interview since his and Angelina Jolie’s divorce plans went public.

“Family first,” he shares. “Kids are so delicate. They absorb everything. They need to have their hand held and things explained. They need to be listened to. When I get in that busy work mode, I’m not hearing. I want to be better at that.”

Much of Brad’s practices when rearing his kids comes from his upbringing. “I grew up with a Father-knows-best/war mentality—the father is all-powerful, super strong—instead of really knowing the man and his own self-doubt and struggles,” he explains. “It’s hit me smack in the face with our divorce: I gotta be more. I gotta be more for them. I have to show them. And I haven’t been great at it.”

Pitt gets to more freely work towards the parent that he wants to become now that his Child Protective Services (CPS) case has been resolved. The department, along with the FBI, ran a thorough investigation of the actor after allegations of child abuse arose last September. Brad was cleared of all charges in November and is working to strengthen the relationship with his kids.

“I was really on my back and chained to a system when Child Services was called,” Brad reveals. “After that, we’ve been able to work together to sort this out.”

The actor and his estranged wife are trying to come sort things out without court intervention. “We’re both doing our best,” Brad says. “I heard one lawyer say, ‘No one wins in court—it’s just a matter of who gets hurt worse.’ And it seems to be true, you spend a year just focused on building a case to prove your point and why you’re right and why they’re wrong, and it’s just an investment in vitriolic hatred. I just refuse. And fortunately, my partner in this agrees. It’s just very, very jarring for the kids, to suddenly have their family ripped apart.”

See what else Brad says about his recent experience with alcoholism and creative ambitions, which include pottery, here. Brad Pitt and Angelina Jolie co-parent six kids.