Home » NEWS » BEYONCE IS PRETTY IN RED FOR DATE NIGHT 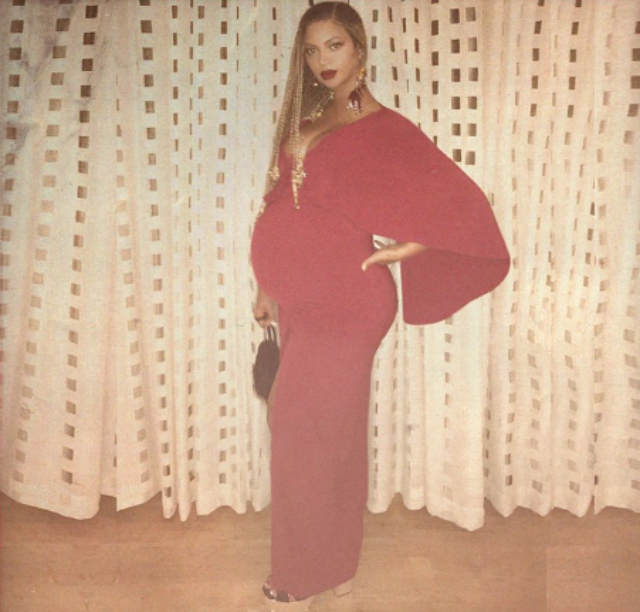 Thursday wouldn’t be complete if we didn’t give you the latest Beyonce pregnancy update. The ‘Lemonade’ singer shared pictures from her date night with husband, Jay-Z on Wednesday.

More than two million followers loved the series of photos that Bey uploaded, which featured her rocking a red dress that hugged her curves. Some fans even made a meme out of a picture showing Bey placing an order at the restaurant. Hilarious! 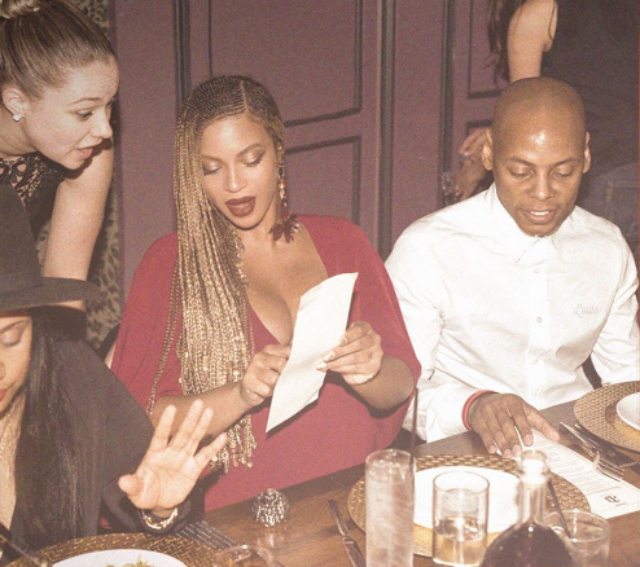 Bey always uses the attention that media and fans give in a positive light. In fact, the singer recently took advantage of the anniversary celebration of her smash hit visual album, Lemonade, to announce a creative writing contest in which four lucky female college students will receive a scholarship.

Students must attend, or plan to attend, one of these four schools to participate: the Berklee College of Music, with campuses in Boston and Valencia, Spain; Howard University in Washington, D.C.; Parsons School of Design in New York City; and Spelman College in Atlanta. One winner from each institution will be selected to receive $25,000 in funds.

Learn more about the Formation Scholars awards here. Beyonce and Jay-Z are expecting their twins to arrive in coming months. The little ones will join the couple’s daughter, Blue Ivy Carter, at home.

KIM KARDASHIAN SAYS SAINT IS HER TWIN AND NORTH IS KANYE'S