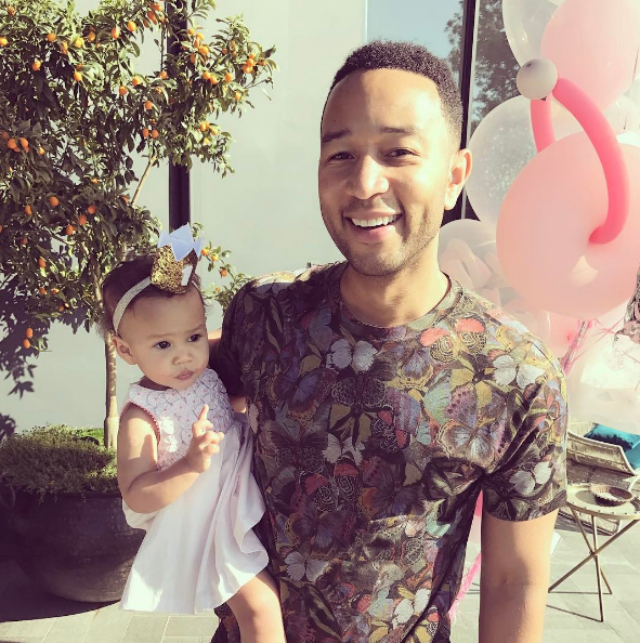 Luna Stephens’ world will be much different from our sphere. John Legend tells PEOPLE about his newest venture into virtual reality in the upcoming series Rainbow Crow.

“It’s gonna be crazy,” Legend says of the show and the entertainment industry’s journey into the world of virtual reality. “[My daughter Luna Simone] growing up in a world where virtual reality is a normal thing,” he adds. “We didn’t have that when we were younger, and so much of the technology has evolved for storytelling,” Legend says.

Rainbow Crow tells the story of a Native American folklore that is presently getting love at the Tribeca Film Festival. “Story is still important, no matter what the medium is,” John shares. “But it’ll be cool for her to be able to experience it in this really immersive, interesting technology.”

One thing that was quite interesting for Luna was seeing her father on the cover of the latest issue of TIME magazine. John Legend was named among the editorial’s most influential people, which afforded him the opportunity to have a keepsake to show his daughter.

Luna has completely transformed the lives of her parents. “Diapers on the bus, a crib on the bus — a long way from my bachelor days,” John tells PEOPLE. “But we also make some decisions about how to budget our time based on the fact that we’re parents now, and there are some things that I would’ve said yes to before that I say no to now,” the star explains. “And there are some choices that I’ll make now that I wouldn’t have made before.”

Luna celebrated her first birthday a few weeks ago, She is John Legend’s only child with his wife, Chrissy Teigen.

LIGHTENING MCQUEEN RACES BACK INTO THEATERS IN 'CARS 3'