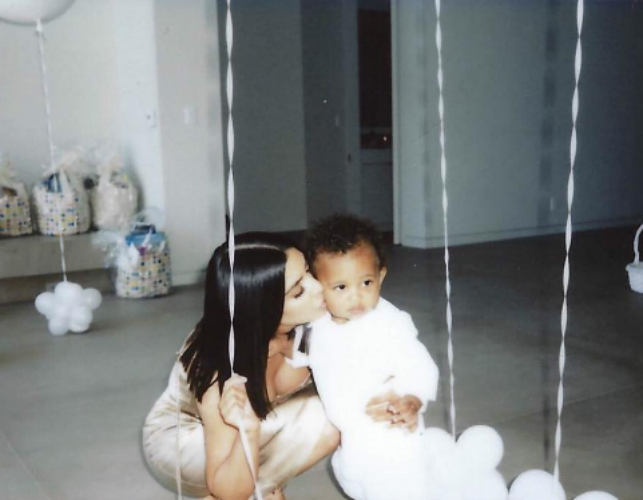 North is Kanye West’s twin and Saint is Kim Kardashian’s clone. The Keeping Up With the Kardashians star tells Ellen DeGeneres that her son has her personality.

“He’s my twin,” Kim gushes. “He’s literally my twin personality. He’s so sweet. And he’s just such a good, good boy. Just such a good person.”

North is also a cutie and quite the intellectual. “She’s really, really smart, actually,” Kim says. “She knows how to outsmart us —  she thinks she does. But she is Kanye’s twin – same personality says the same wild things.”

One would think that the concept of opposites attracting would apply to the West household and that Saint and North would be the best of friends: one would be wrong.

“North just beats him up all day long,” Kim tells Ellen. “She’s just awful,” the star mom adds. “She is so jealous, and I thought it was a phase — it’s not going away,” Kim explains. “When I was breastfeeding him, [North] was so jealous I had to get a little milk box and put it in the other bra with a straw so she would drink and he would drink.”