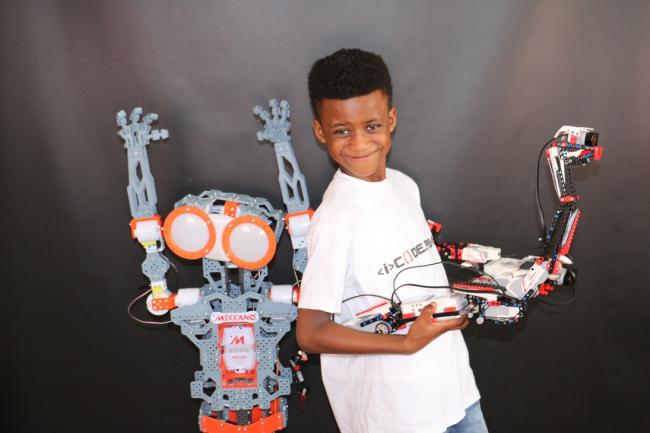 In recent years, the tech industry has taken over the world, producing a long line of young millionaires that have revolutionized the way we use technology in our lives. However, many of these young people have not been eight-year-old’s, at least not until now.

The United Kingdom’s Walthamstow schoolboy, eight-year-old Callum Daniel, has founded his own firm, iCodeRobotics, to share his love of building and programming robotics with other people throughout the world.

Since a very young age, this UK-native has been fascinated with robots. “I developed a fascination with robots at four, when I met Titian, [a partly-mechanized costume controlled by an actor],” the young entrepreneur told The Guardian UK, “I wanted to find out how Titian worked and if I could build something so awesome. I demonstrated the robot at my school assembly and the interest from children everywhere was surprising. I was surrounded by a group of children, who like myself, enjoyed building robots but some couldn’t afford a kit. I asked my mum to enroll me on a robotic course, but couldn’t find one local to us, so I decided to set up my own company.”

In true entrepreneurial spirit, Daniel is already creating a huge amount of buzz in the industry. So much so, that he was invited to be a part of a panel of young entrepreneurs at a Bloomberg UKBlackTech event.