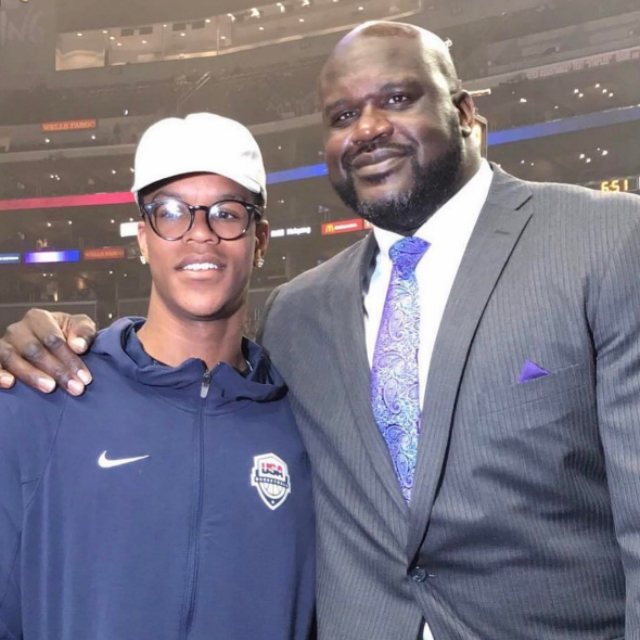 The University of Arizona is the school of choice for Shareef O’Neal. The son of retired NBA star Shaquille O’Neal committed to the school on Wednesday.

California Supreme Basketball would like to congratulation @cynreef on committing to The University of Arizona #TheProcess #FiveStars pic.twitter.com/Z66J3L68hX

Shaq also commented on his son’s colleges choices that also included offers from LSU and Kentucky. “This is sort of deja vu to me,” the retired NBA player said. “My father never said you should do this, you should do that. So I’m gonna let him make his decision. LSU, Kentucky, Arizona. He’s getting a lot of letters. A couple of weeks ago, he got his book with all his letters, I got my book with all my letters. It’s a great feeling. But I’m gonna let him make the final decision.”

Shareef joins high school sensation Emmanuel Akot in picking the University of Arizona as his collegiate home. The five-star players will begin their undergraduate journeys in 2018.