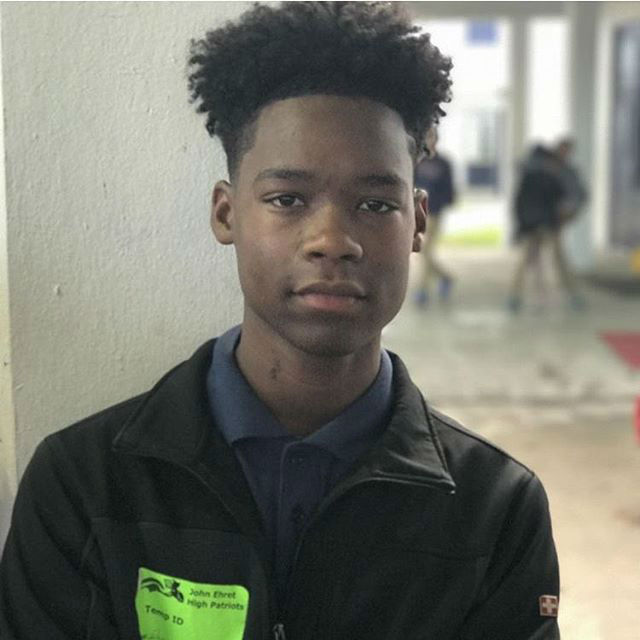 Darius Lindsley is a self-taught bucket drummer who sprung to fame after several media outlets reposted a video of him and a friend drumming on buckets. The original video can be found on Darius’ Instagram page where you will find several other videos of the teenager showing off his talent.

We had the opportunity to sit in on an Instagram live video session where we learned a few things about Darius. Here is what we found out:

– He is in ninth grade and he is 15 years old
– He will be auditioning on the Apollo in June.
– He is a self-taught drummer
– He manages himself
– He doesn’t think fame will change him. He has friends that he is still cool with.
– He has only traveled to Houston and has been in New Orleans, Louisiana all his life.
– His birthday is August 9th and he plans on having a big party.
– He wants to go to college: “I plan to go to college because i want to have back up plans”
– His back up plan is to do something with “saving. Like a firefighter. Making people happy and saving lives.”
– This is serious business for him as he is having business cards being made.
– He says that “God is blessing him because he has been through hell and back.”

Tourist: "Give me a beat I can rap to" Me: say no more ??! #dope @dariusthebucketboy