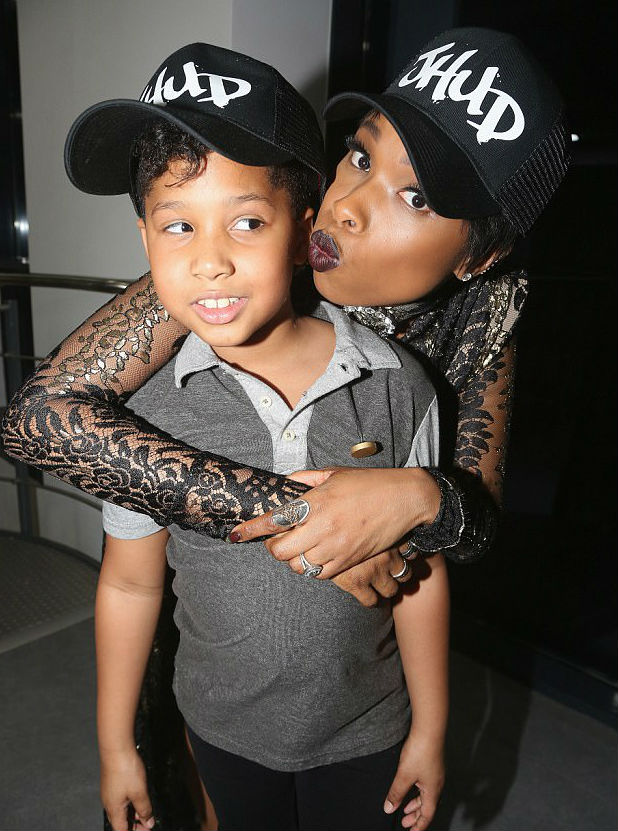 This season’s finale of The Voice UK was huge for Jennifer Hudson as her student, Mo Adeniran, won the competition. Hudson had her son, David Otunga Jr., with her for all of the action onstage and behind the scenes.

Little David joined his mom backstage as she prepared for the show’s big night. Jennifer at first wore a snakeskin mini dress by Balmain but opted to go onset in a sheer gown that extended down to her ankles instead. Little David was every bit the casual guy who wore a gray shirt with black slacks to the event. Both Jennifer and David sported their personalized hats that read, “JHUD” backstage.

“Home bound,” Jennifer shared after the show’s finale. “My boss boy held me down just like a man should,” the singer said of her son. “Such a lil man! I love you my baby!”

The good vibes that David gave off backstage must have transferred to the main stage as Jennifer’s student, Mo Adeniran, was crowned the winner of this season’s The Voice UK. The contestant appeared more shocked than his competitors who cheered along with the crowd upon hearing of his success. Jennifer was also excited as she shed a few tears before joining Mo onstage.

“It still hasn’t sunk in,” Adeniran said in an interview with Good Morning Britain earlier this week. “I was in a state of shock,” he added. “I’m over the moon.”

Check out Mo Adeniran’s winning performance of ‘Unsteady’ below!