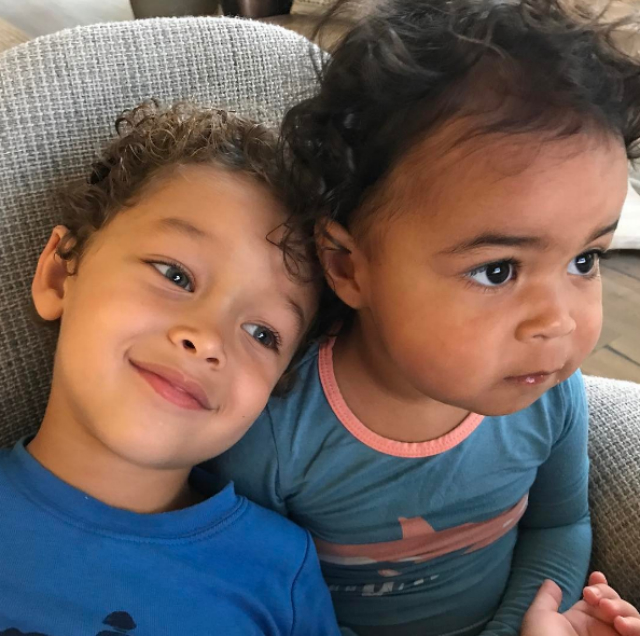 Ariah and Aden Housley are just the cutest! The son and daughter of Tamera Mowry and husband Adam Housley were recently photographed while enjoying time together at home.

“Nothing makes me more elated than to see my two babies love each other,” Tamera exclaimed. “Aden is such a natural protector of his sister. When Ariah lets him be.” Adam also commented on his children’s bond by telling his social media fans, “These two are best friends.”

Ariah and Aden’s relationship was the inspiration for their mom’s recent blog post. “When Ariah was born, Adam and I didn’t just become parents of two little ones – we became parents of two siblings,” she explained.

Nothing makes me more elated than to see my two babies love each other! Aden is such a natural protector of his sister. When Ariah lets him be. Lol. It's such a beautiful sight to see. ? @amycheat

“I know from my own childhood that siblings are not only as different as night and day, but they have one of the tightest bonds humans ever make. This is why seeing them play together brings me endless joy – there’s really nothing like it. It’s so special.”

Aden is Tamera and Adam Housley’s oldest child, while Ariah is the couple’s youngest. Ariah celebrates her birthday ahead of her brother in July. Aden turns 5-years-old in November.

Seriously, I pinch myself some days. Lord, I thank you ?