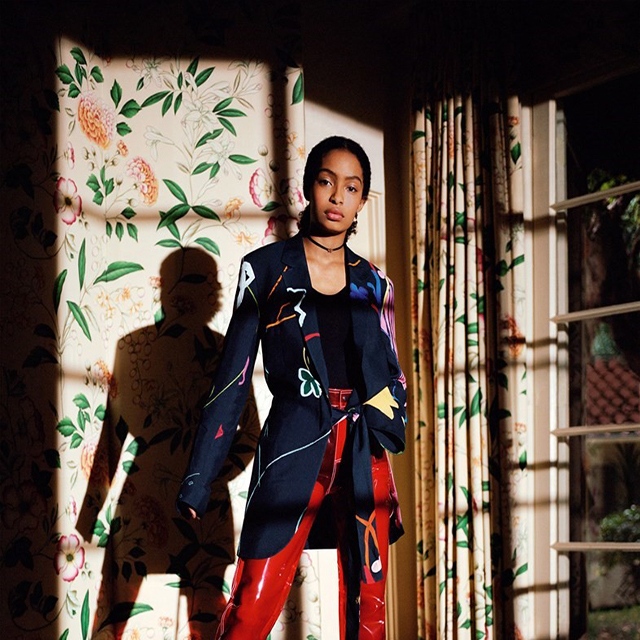 AnOther Magazine/Photography by Ben Toms, Styling by Robbie Spencer

At seventeen-years-old, Yara Shahidi has accomplished more than some women twice her age. From her award-winning performance on the hit ABC television show, Black-ish, to her staunch activism, Shahidi has become the face of change for a new generation, using her celebrity status to help bring about change.

Recently the young star sat down with AnOther Magazine‘s Jack Sunnucks to speak about everything from who are some of the individuals that have inspired her to the things that she is hopeful for.

Determined to leverage her famous name to unite a new generation, as Shahidi believes that “all great movements started from something really depressing, and we wouldn’t make a great change if there wasn’t a huge problem to fix.” In that vein, the young starlet tells Sunnucks that in the face of the world today, she feels like “everybody is slowly realizing that we all have to work collectively to better everyone’s universal experience; it’s really about working together and no longer caring about the little details but realizing that together we can change the big picture.”

And helping to change the big picture is something that not only Shahidi takes part in off screen, she and her tv family expertly do it onscreen as well. Black-ish, known for tackling some of the most controversial and difficult topics, helps bridge the transition between real world and primetime, giving viewers a show that they could in actuality connect with. “I remember that, during season one, I felt like the scriptwriters were stalking me, because I was like: ‘You’re taking a storyline from my family. You must have seen that go down at my house the other day, there’s no way you could have written this in the script and not see that go down.’ This really just kinda spoke to how universal our experience is, no matter how difficult we are.”

Of course, Shahidi has many people that have been a source of inspiration for her growth and development not only as an actress but as an activist, and overall good person. “I have so many heroes. Of course, have my lovely parental unit and my family-I say it a lot, but I hit the family jackpot, I’m not kidding. When it comes to people who have inspired and encouraged me to do what I want to do, and given me the resources and tools to grow, I’d have to say James Baldwin.”

We know that whatever the future holds, Shahidi will be leading the charge for all of us. She truly embodies the warrior spirit.

LAMAR ODOM COVERS 'US WEEKLY' WITH TELL-ALL INTERVIEW: 'MY DAUGHTER GAVE ME THE ULTIMATUM'