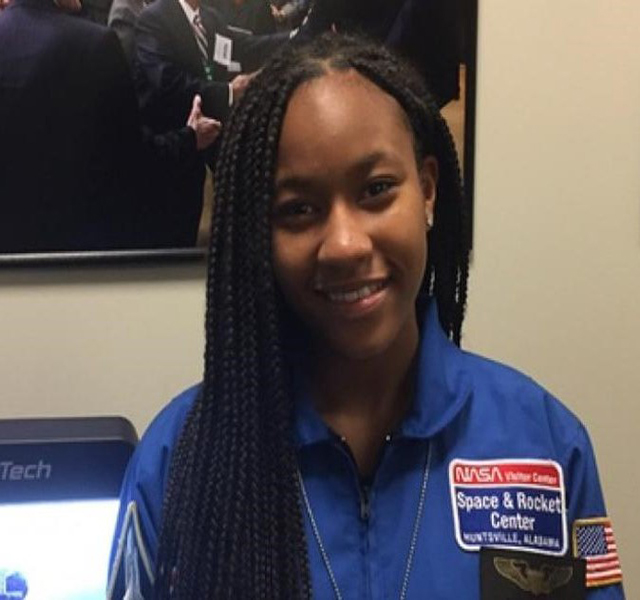 Thirteen-year-old Taylor Richardson is proving that #blackgirlmagic is definitely real. With a desire to uplift and share her love of STEM with other young people, this aspiring astronaut made it her mission to ensure that her fellow Floridians got the opportunity to see the Oscar-Award Nominated movie, Hidden Figures.

Having the opportunity to screen the movie at an exclusive, A-list event in Washington D.C., the young teenage scientist was truly inspired commenting in an interview with Forbes that, “the biggest takeaway for me was when Michelle Obama stated that we have to do the work and that we have to take a seat at the STEM table and bring others with us.”

Upon returning home, Richardson immediately acted on Michelle Obama’s words of inspiration and launched a GoFundMe campaign to raise funds to send 1000 students to see the movie. She raised $17,000.00 in addition to being able to give a way goodie bags filled with movie posters, copies of the book, and snacks.

“The visionary trio crossed all gender and race lines to inspire generations to dram big,” Richardson said. “The women in the movie had every odd against them, but they fought for their dreams and made it.”

It is no doubt that, at this rate, Richardson will soon join the ranks of the elite, traveling beyond the stars and taking as many with her as she can.

JADEN SMITH RETURNS TO THE SMALL SCREEN IN NETFLIX'S HIT SERIES, "THE GET DOWN"

OPRAH WINFREY: 'I WOULDN'T HAVE BEEN A GOOD MOM FOR BABIES'

OPRAH WINFREY: 'I WOULDN'T HAVE BEEN A GOOD MOM FOR BABIES'