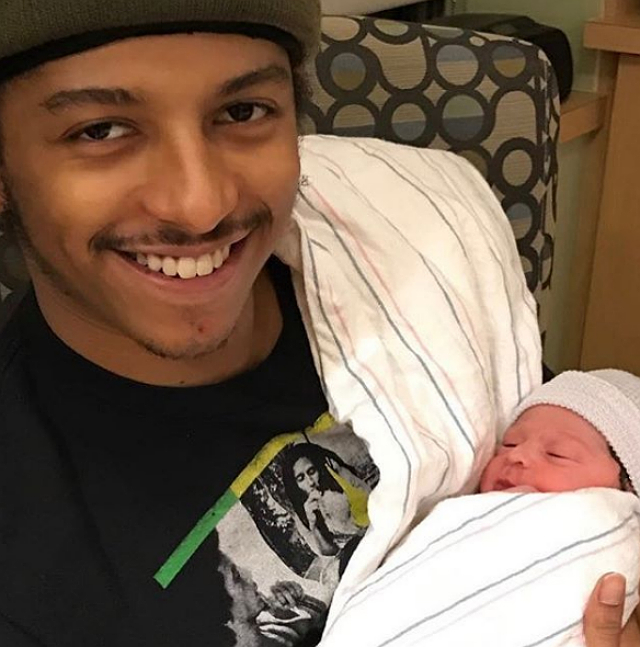 Congratulations to Zion Marley, son of Lauryn Hill and Rohan Marley, who welcomed a son this past weekend. Rohan took to Instagram to celebrate his grandson’s birth.

“We give thanks for life,” Rohan exclaimed. “Welcome to Earth Little ZEPHANIAH NESTA.” The celebrity father also shared a picture of his son holding Zephaniah and captioned the candid with a scripture verse.

“In that day it shall be said to Jerusalem, Fear thou not: and to Zion, Let not thine hands be slack. The Lord thy God in the midst of thee is mighty; he will save, he will rejoice over thee with joy; he will rest in his love, he will joy over thee with singing. ‘ZEPHANIAH’ ‘Unto Us a Child is Born’ #LIONORDER.”

Zephaniah joins a blended family filled with love. Rohan opened up about his and Lauryn Hill’s relationship during an interview with OPEN magazine a few years back.

“I feel sad that I loved her so much and I faltered in expressing it to her somehow,” the celebrity dad explained. “It was my fault that she did not understand how I felt, and it was sad that we did not work out in that relationship sense. I was heartbroken for a long time.”

Rohan also told media how he and Lauryn were capable of setting aside their differences for their children’s sake when it came to parenting. “[Our relationship] is good as in… in terms of being a mother and father to our children, it’s good,” he said. “It’s not as perfect as one might want it to be,” Rohan admitted. “It’s just the way the road went.”

Zephaniah is Rohan Marley and Lauryn Hill’s first grandchild together. The former couple has five kids together.