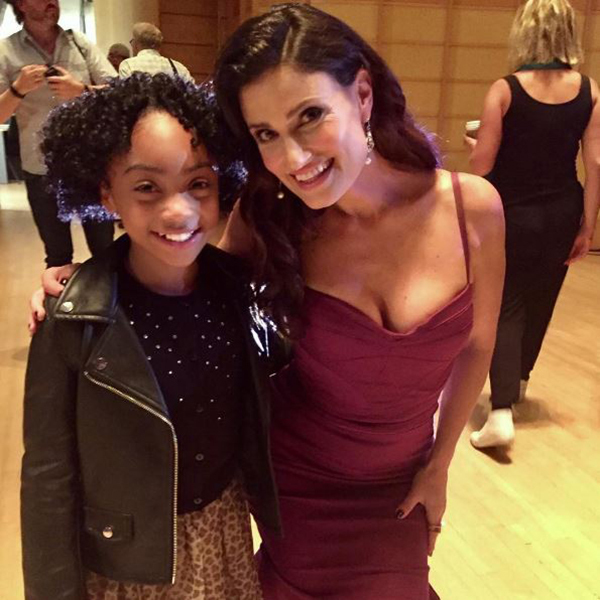 Sanai Victoria, born January 15, 2007 hailed from the pageant world to the small screen, in what seems like the blink of an eye, proving that this talented young lady is destined to be a star.

With commercial credits on her resume for names like Chrysler, Disney, Master Card, Doc McStuffins, and Centurylink, Sanai Victoria demonstrated that she has what it takes to be in front of the camera. Adding a Nickelodeon pilot, Future Shock, in which she stars as a tenacious, bright, and wise eight-year-old named Kylie Parker, to the mix in addition to being a series regular on two cartoons The Little People and Palace Pets, it is no wonder that she landed her latest role on Lifetime’s 1988 Beaches remake set to air January 21.

Beaches, originally starring Bette Midler, will star Grammy and Tony Awards winner Idina Menzel and NAACP Image Award Winner Nia Long.  The reboot will highlight the age-old belief that friends are family that you choose to have for a lifetime. In addition, the 2017 movie special will feature new takes on the classic songs, “Wind Beneath My Wings” and “The Glory of Love,” coupled with several other new songs specially recorded for the project. Sanai Victoria will portray Long’s daughter in the remake.

Beaches will also star Gabriella Pizzolo, Grace and Jodi Capeless, and Antonio Cupo. Check out the official trailer below and tune in to Lifetime on January 21st 8/7c.

NOW YOU CAN GET MALIA OBAMA'S DRESS AT BLOOMINGDALE'S