by Sarie
in Births
3 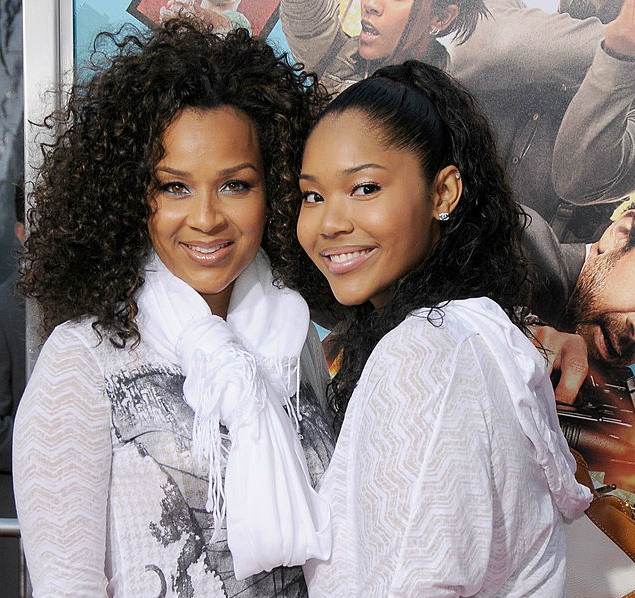 Congratulations to Kai Morae Pace on the birth of her first child. The daughter of LisaRaye McCoy welcomed a daughter of her own named Bella Rae a few weeks back.

“This is currently my life,” Kai shared along with a picture of her and her newborn. “Wild hair, boob half way out, baby attached to me, trying to get a nap whenever I can! And she’s sooo been worth it.”

Bella was born on December 17, 2016. Kai took to her Instagram account not long after giving birth to celebrate her daughter’s arrival. “My princess made her entrance into the world last night and I couldn’t be happier,” she said.

My princess made her entrance into the world last night & I couldn't be happier???

Kai announced her expectancy in September. “Gifts given from above and made with love are always the best. Can’t wait to meet our little princess,” Pace shared with Instagram fans. The 26-year-old also uploaded a picture of her showing off her protruding stomach. The photo also featured Bella’s father kissing Kai’s stomach.

Gifts given from above and made with love are always the best? Can't wait to meet our little princess ????

The new mom definitely has a ton of support in her new journey as a parent. Kai’s mom, LisaRaye, has shared her experiences as a mom with media on several occasions.

“When I’ve had to put my daughter on punishment, it physically hurts me,” the celebrity said during one interview.

This is currently my life? wild hair, boob half way out, baby attached to me, trying to get a nap whenever I can! And she's sooo been worth it!? photo cred: her dad?

“I think because I’m a mother who’s in the public eye, I have to stay current on what’s going on,” she added. “It makes me kinda ‘cooler.’ I’m saying that to say I’m more ‘in the know’ with my daughter. We have a friendship and speak about anything. Having your kids trust you and be able to come to you about anything is important.”

Bella is LisaRaye McCoy’s first grandchild. Kai is the celebrity’s only daughter.