Home » Gossip » ORLANDO BROWN SAYS HE’S NOT THE FATHER OF EX-FIANCEE’S BABY: GET HER STORY INSIDE

ORLANDO BROWN SAYS HE’S NOT THE FATHER OF EX-FIANCEE’S BABY: GET HER STORY INSIDE 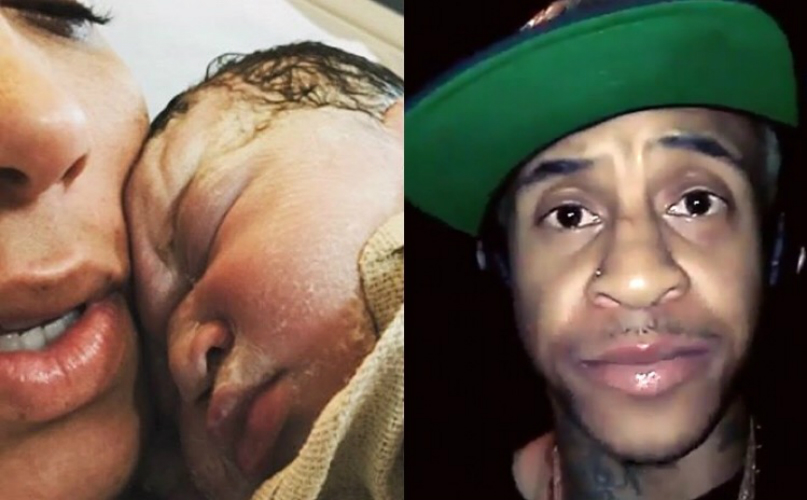 RELATED: ORLANDO BROWN APPEARS ON THE DR. PHIL SHOW AND SAYS THAT HE HAS FOUR KIDS AND A ‘2-YEAR-OLD IN THE BELLY’

“Orlando denies a lot of things that are very clear as day to those of us with normal and sound judgment,” Omena says. “Never in a million years did I think he would be the person he is today and saying and doing the things he’s been doing.”

Alexandria goes on to tell media that her son, Hunter Duke Brown, was a planned pregnancy. “I had no intentions to have any more children seeing as mine are of self-reliant age,” she explains. “I actually was in the process of screening families to become a 4th time surrogate. But Orlando and I had gotten engaged and after I declined a family I met with, he was very adamant that I not surrogate and that he wanted a child now. He stated the opportunity to be there during his first sons pregnancy was taken and he wanted to be there and wanted to start HIS family. I’m no dumb*** and been down the road of single parent before so naturally I was reluctant based on knowing his financial situation.”

Orlando’s adamancy, however, persuaded Alexandria otherwise. “He promised he wouldn’t leave my side. Promised he would land a show and be stable by the time the baby came. And reminded me.. as his WIFE I should be putting our family first.” Unfortunately, Orlando’s promises were not solid.

“I had made several attempts to break off our engagement (for several reasons),” Alexandria reveals. The decision “resulted in him posting TONS of videos talking trash and making up ferocious lies about me. While sitting right under my roof!! I’d had enough by end of July and finally did not let him back. That’s when his campaign against the pregnancy really picked up.”

Orlando did everything from calling Child Protective Services (CPS) to threatening to have fans kick the baby out of his ex-fiancee. Although Alexandria has invited him to undergo a paternity test on several occasions, the new mom says that Brown refuses every time. The That’s So Raven star would much rather take his claim to social media.

“Y’all see that little white a** baby,” Orlando asked in a recent video. “All my kids look like me,” he revealed. “Look like the plumber’s baby,” the celebrity father said of Hunter. “It looks like a summer’s baby. … Quit it.”

Even with negative vibes coming from the father of her son, Omena Alexandria, remains positive. “Baby boy is healthy,” she tells The Shade Room. “We are blessed to have him and he will be always surrounded and filled with love.”