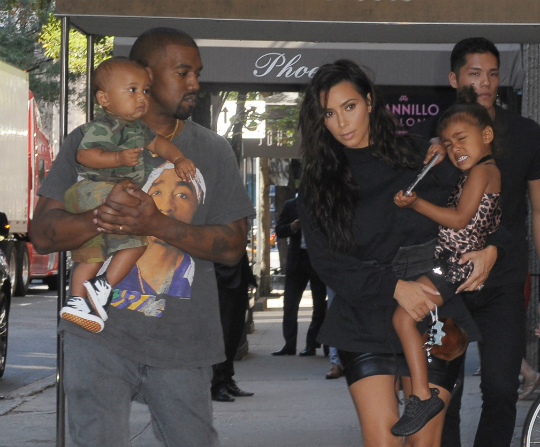 Kanye West is out of the hospital but not out of the woods according to recent reports. The celebrity father is allegedly seeking outpatient services after being admitted to the hospital for exhaustion on November 21, 2016. A family friend tells E! News that West returned home for his kids, North and Saint.

“Kanye came home for several reasons,” the insider says. “Saint and North being one. Kanye is feeling better but is seeking outpatient support and help.”

Things began to go South for West on Saturday, November 19, 2016. The rapper went on a 17-minute rant during his concert in Sacramento that received serious backlash. Many fans turned to critics after hearing Kanye’s political stance and thousands walked out on the rapper’s show. Ticketmaster refunded Sacramento concertgoers after the show and Kanye canceled his show at the Inglewood Forum that was scheduled for the following night. All of Kanye’s subsequent appearances were also dropped as a result of his outburst on Saturday.

The rapper’s doctor called for emergency services on Monday, November 21, 2016. “I’m just calling from my cell phone,” the recording artist’s physician said. He requested police assistance in addition to paramedic response because of Kanye’s erratic behavior. “I think he’s definitely going to need to be hospitalized,” the doctor added.

Kanye West spent Thanksgiving Day in the hospital with loved ones by his side. Several media reports say that North and Saint were with relatives while their mom, Kim Kardashian, stayed by her husband’s side.

Check out the 911 call that got Kanye admitted to the hospital below!