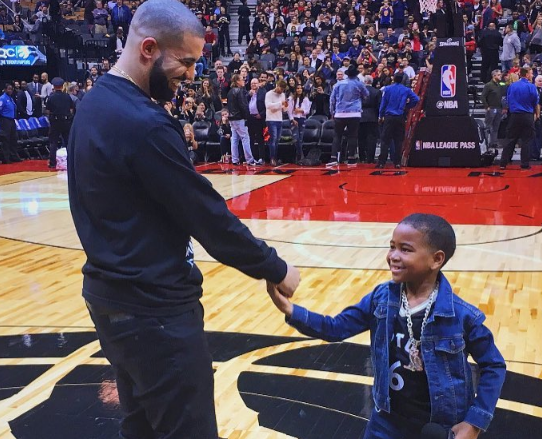 First, garnishing fame on the Ellen show, as he performed Drake and DJ Khaled’s, “For Free”, seven-year-old Dylan Gilmer has become an overnight sensation, boasting a following of 106,000 followers and counting on Instagram.  So, how did it all start for this pint-sized little rapper from Maryland? Of course, through YouTube.

Last spring, when a 12-second video was posted of the 6-year-old, at the time, singing Bryson Tiller’s “Don’t,” the Ellen producers immediately reached out and invited him to the show.

“Dylan has been singing and rapping to popular R&B and hip-hop songs since he was a baby,” comments mom, DeAundra DeJesus, in an interview with the Capital Gazette. “It’s common for Dylan to give mini-performances in grocery store aisles.”  DeJesus also admits that Dylan’s stage persona is uniquely his, as no other family member has the “performing genes.”

Most recently, Dylan has appeared again on Ellen, he has met Justin Timberlake and Gabrielle Union, doubled his following on all social media, and the best of all, he met and performed for his idol, Drake at the Toronto Raptors halftime show in front of 20,000 people.

“We’ve got Dylan off Instagram,” Drake introduced him at the game. “Just probably raps better than me at this point. Flawless execution of all of Drake songs, so I feel like it’ll be a cute halftime show to put it that way. He might be an OVO artist one day.”

What’s next for Dylan to scratch of off his growing list of things to do? Well, as Dylan would have it, he wants to be on Disney and record an album, just like Drake. We don’t doubt that he will do both.  In the meantime, check out the video below of young Dylan performing “Child’s Play” during halftime at the Raptors game.