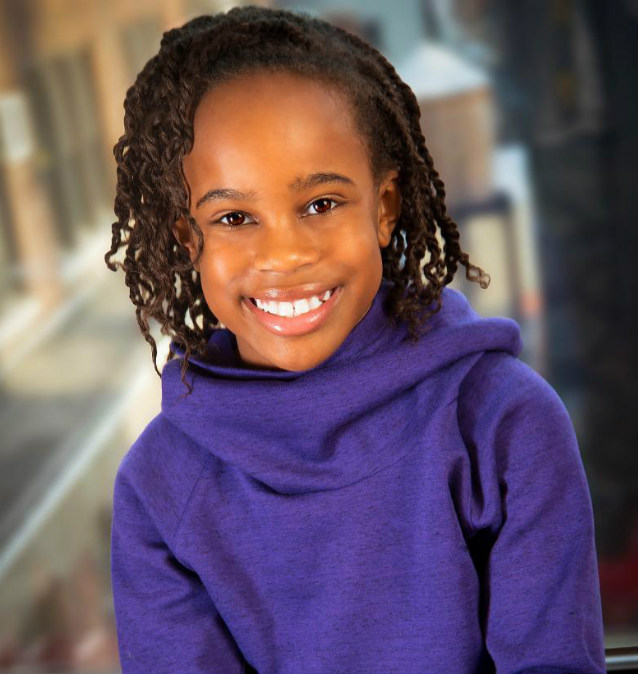 Bobbi MacKenzie is a normal 11-year-old girl. She loves spending time with her family and friends. She is an honor roll student who enjoys reading and math.  She actually enjoys her role as being the older sibling, setting a positive example for younger sisters, Madison and Aubree.  She loves to show off her latest dance moves and have weekend slumber parties where she and her friends watch Disney and Nick on tv.  So, what has this 11-year-old done in her short lifetime that many adults in the business have only dreamed of? Well, to find out, read on!

It seems as if MacKenzie was born to sing and entertain the masses.  Before she could walk, she was attending concerts with her radio-personality mom and dad, bobbing to the sounds of Mary J. Blige, Jay Z, Pharrell, and Kanye West.  At 3-years-old, the young crooner began singing along with the radio to her favorite tunes without missing a beat. It was evident that music was deeply rooted in the fiber of her being.

In 2012, MacKenzie made her professional debut, singing the National Anthem for the NBAs Portland Trailblazers and has since performed, on multiple occasions, for the Golden State Warriors and the Sacramento Kings.  In 2014, the tiny rising star stepped on to the gridiron to sing the National Anthem for the NFL’s San Francisco 49ers.  But, her resume doesn’t stop there.  MacKenzie caught the eye of the one and only Andrew Lloyd Webber and he brought MacKenzie and her voice to Broadway, casting her as Tomika in “School of Rock the Musical” at the Winter Garden Theatre.  MacKenzie has also recorded and worked with Grammy-Award winning producer Rob Cavallo on “If Only You Would Listen”, a featured track on the “School of Rock the Musical” original cast recording.

It seems as if this young songstress is on the right track. We can’t wait to see what is next for her and her journey.  To learn more about this rising star, visit her website at BobbiMackenzie.com.

CORI BROADUS IS LOVING THE SKIN SHE'S IN