IS BRITTANY BELL EXPECTING A CHILD WITH NICK CANNON? 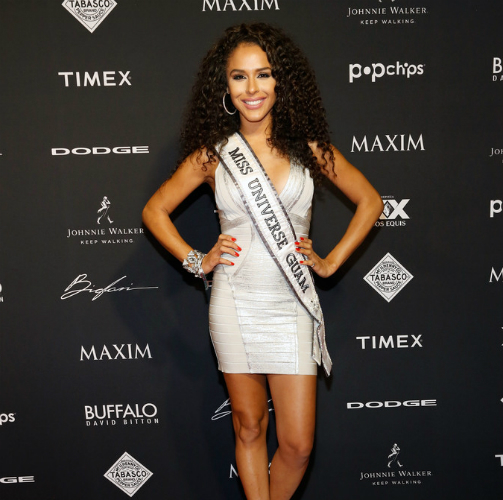 Is Nick Cannon headed down the road of fatherhood a third time? Maybe so, maybe no. Several media outlets report the America’s Got Talent host’s ex-girlfriend Brittany Bell as pregnant and deem Cannon as the father.

“Bell, 28 — a Guamanian-American actress and former Miss Arizona USA — is about six months along in her pregnancy. She and [Nick Cannon], 36, previously dated on and off.”

Nick and Brittany were spotted together at a Super Bowl party in Arizona last January. The former beauty queen was in full support of her then-boyfriend who served as one of the performers during the party.

Brittany’s little one will join Nick Cannon and ex-wife Mariah Carey’s little ones, Monroe and Moroccan, in the family way if Bell is indeed expecting Cannon’s child. The beauty queen certainly has exemplary women in her life who can provide words of wisdom on parenting and other life events.

In fact, it was just a few days ago that Brittany took to Instagram to dote on her mother. “This wonderful woman was born today,” Brittany said in reference to her mom’s birthday. “If I can love half as hard and loyal as you … then I will be a great woman to love my family too. You have the sweetest most selfless heart when it comes to us.”

Brittany Bell was the pride of many when she was crowned Miss Arizona in 2010. She was also given the title of “Miss Universe Guam” in 2014.

The celebrity shared her motivation for competing in pageants shortly after earning the Miss Arizona title in 2010. “It was something that I had on my mind the year before I actually competed,” Bell said. “I was interested because I never really knew much about pageants but I thought that the title was something amazing to have.”

Stay tuned to learn more about Brittany Bell’s expectancy and the possibility of Nick Cannon being the father!