KELLY ROWLAND AND SON ENJOYED ‘HALLOWEEN AT THE WHITE HOUSE’ 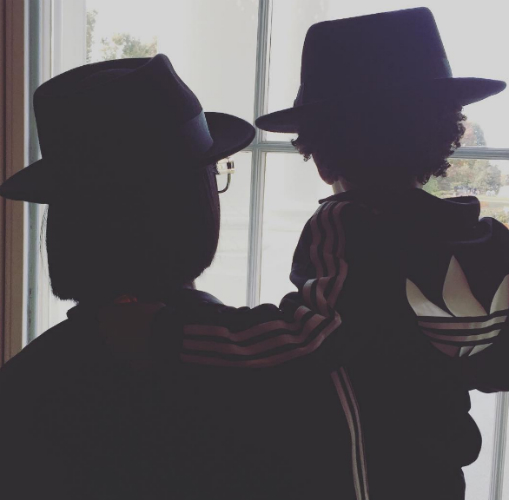 Kelly Rowland and her son, Titan, spent Halloween at the White House this year. Titan was one of many kids to get treats from the president and first lady while showing off a fabulous costume that matched his mom’s attire.

Addidas was the theme of Kelly and Titan’s wear. The celebrity mom joined her son in wishing Instagram fans a Happy Halloween in a special holiday video. Kelly rapped out the greeting while her son added his touch to the mix.

Destiny’s Child is certainly not on the backburner of Kelly Rowland’s thoughts. It was just a few weeks ago that the singer celebrated the discovery of her new girl group, June’s Diary, that was birthed from Rowland’s reality show, ‘Chasing Destiny.’

Kelly has not shied away from the possibility of a reunion, but she has admitted to The Breakfast Club that she, Bey, and Michelle don’t broach the subject too often. “We haven’t talked about it,” Rowland said in April. “I’ll see Michelle tomorrow or the next day and the last time me and Bey were together was like two weeks ago when I stopped by rehearsals. We talk about everything else. We really, really do. We talk about playdates with the kids and vacations and new opportunities.”

It will certainly be interesting to see a Destiny’s Child reunion come forth in coming months if such reconnection is in the works. Titan is Kelly Rowland and husband Titus Witherspoon’s only child.