Home » NEWS » THE LEGENDS SPOTTED OUT AND ABOUT 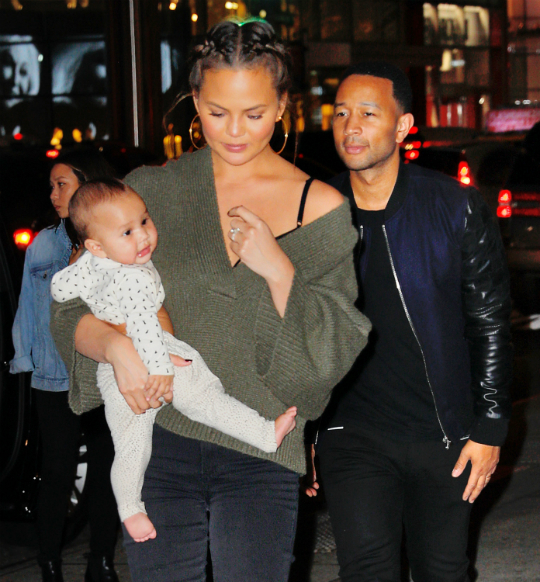 Chrissy Teigen and John Legend aren’t taking any chances. The celebrity couple was spotted out and about in New York on Sunday with a bodyguard close by. Little Luna was in a black stroller that was pushed by her father who was focused and alert.

Kim Kardashian’s armed robbery incident has startled many in Hollywood including Chrissy Teigen. The cookbook author recently told FOX News that she was saddened to hear of her good friend’s brush with criminals in France ”

“[Kim and I] have been texting,” Chrissy shared. “Obviously nobody knows how they would react to that kind of situation and I have no idea what I would do. I have no idea what my life would be like after. I can’t even fathom it. So I’m just proud that she’s back at home and with her babies.”

Kim Kardashian has shied away from social media since being robbed in Paris earlier this month. Although her presence online has been scarce, friends and family members assure fans that the reality star is moving forward after the ordeal.