Home » NEWS » KING CAIRO HAD NOT ONE BUT TWO BIRTHDAY PARTIES 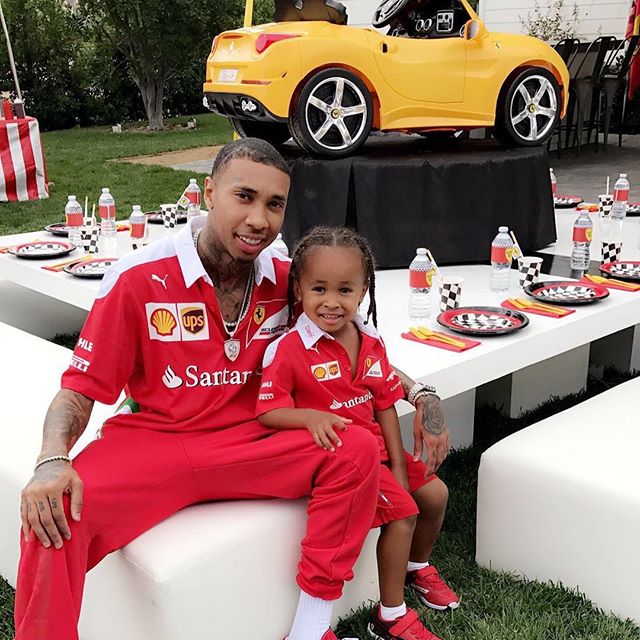 There’s only one thing better than an extravagant birthday party: two luxurious parties! King Cairo was the recipient of two bashes this past weekend as his mom, Blac Chyna, and father’s girlfriend, Kylie Jenner, threw him separate birthday celebrations.

Both of the parties had similar themes. Ferraris must be King’s favorite car because the exotic vehicle was featured at both celebrations. Kylie worked with her boyfriend to give little King the party of his dreams. A mini racetrack was placed underneath the Ferrari emblem and served as one of many attractions at the bash. Tyga and Kylie also featured gray and red Ferraris that were parked in the company of flags and large balloons.

#KingCairo had not one, but two birthday parties this past weekend. First his mom #blacchyna threw him a #leggoferrariparty. Then his dad #Tyga also threw him a Ferrari themed party. #more on the site. #linkinbio #bck#celebkids #kingcairo #kingsferrariparty

It was just a few days ago that Kylie shared a rare picture of her and King hanging out at home. Such post was the first time that the reality star shared a photo of her boyfriend’s son with Snapchat fans.

Although Kylie and Blac Chyna’s relationship got off to a rocky start, the celebrities have managed to bury the hatchet and move forward. “We’ve all talked, I’ve met up with Kylie,” Blac Chyna told media earlier this month. “Everybody is mature,” she added. “We’re not holding on to grudges. We’ve moved on.”