KIM KARDASHI AND AND NORTH WEST ARE A MATCHING PAIR 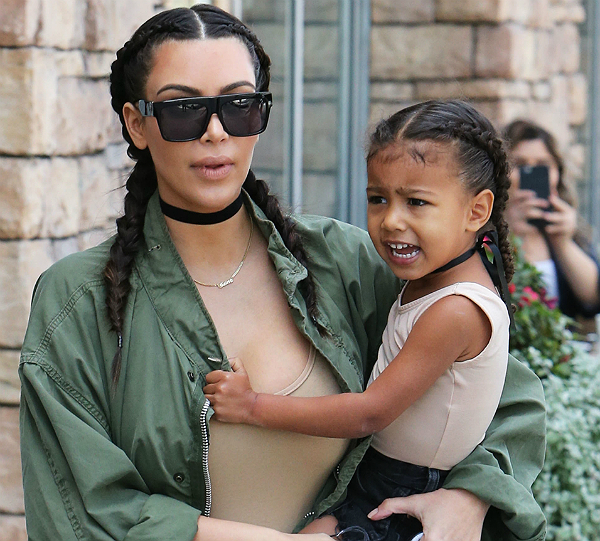 Kim Kardashian took daughter North West along with her as she ran some errands in Encino on April 21, 2016. The pair, who sported matching braids and chokers, stopped at a ceramics studio in Los Angeles for some fun and creative mommy and me time.

This week, Kim revealed that husband Kanye West wants more kids. “Do you want more kids?” her sister Khloe asked her on her show Kocktails with Khloe.

Kim responded, “I said no way. I was so set on my two kids and how happy I was with my life the way that it is, but Kanye has been mentioning it every single day lately for the past 10 days.”

Though the reality star does not want to have more kids because it would be “dangerous” for her to get pregnant again, she says that she may consider using a surrogate.

See more pictures of Kim and North below! 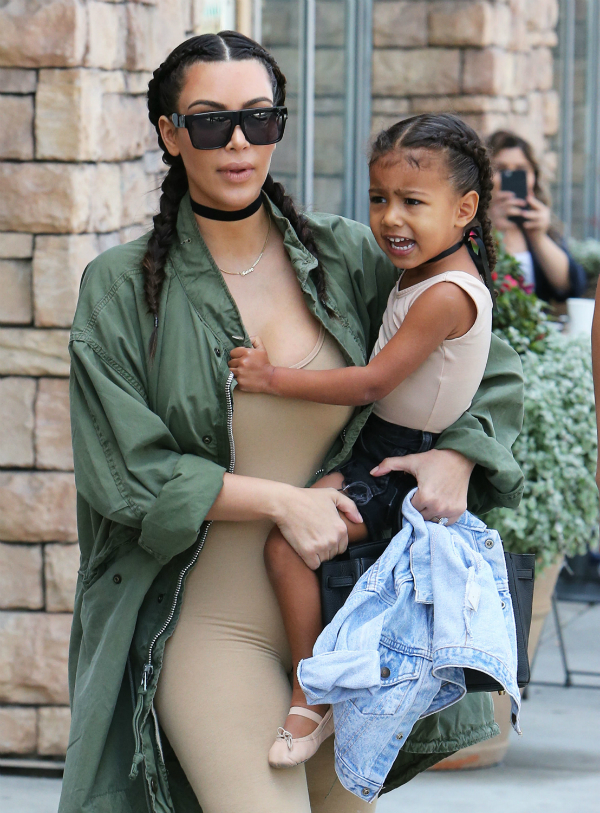 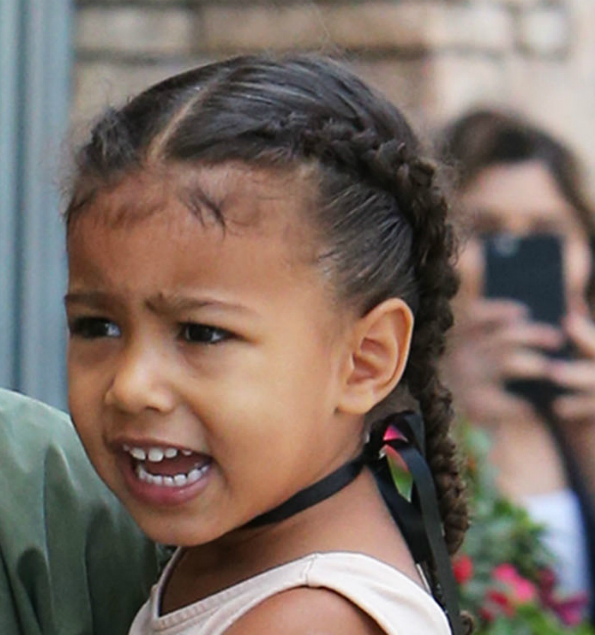