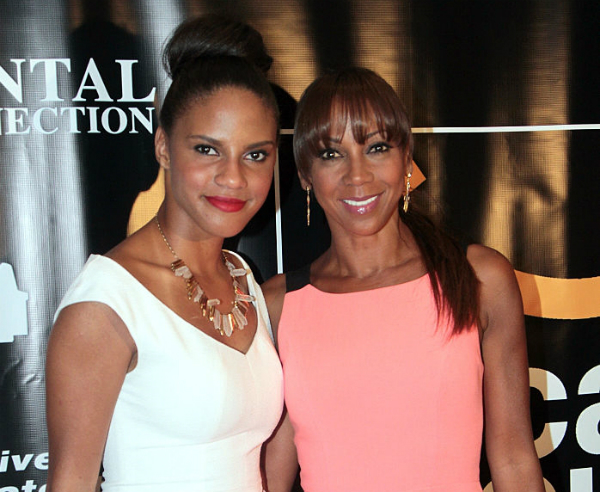 Holly Robinson Pete and her daughter, Ryan, were the busy pair on Sunday. The celebrity mom and her me “mini me” attended a book festival and stopped by a friend’s charity event all in the same day.

Holly and Ryan began their day at the 2016 Los Angeles Times Festival of Books held at USC. The mother-daughter duo spent time with fans and promoted their latest book, Same But Different.

Same But Different gives readers an inside look into the Peete’s  journey with autism  as Ryan’s twin brother, Rodney Jr., lives with the disorder. The narrative focuses on Rodney’s feelings as he watches his twin sister do things that he is unable to do.

Holly and her son got candid during a recent interview in which Rodney gave Huffington Post readers a glimpse into his world as an autistic adult. “Sometimes I do, but sometimes, I don’t,” Rodney said when asked by mom if he believed that he still had autism. “When I act a little crazy, sometimes when I start to cry and feel sensitive, that’s when I feel like I have autism.”