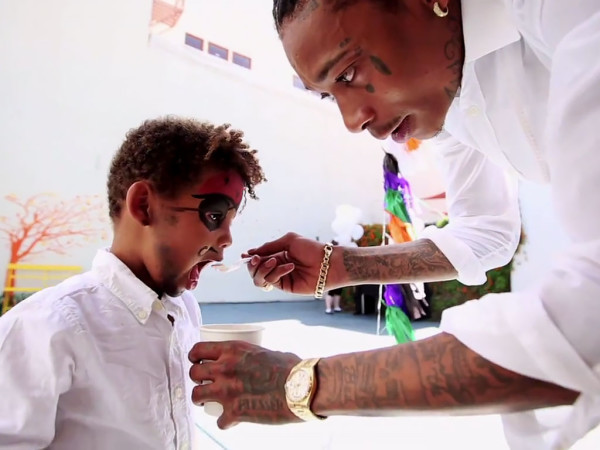 Sebastian Thomaz is making moves with his father in the music industry. Wiz Khalifa has released the music video for his single, ‘Zoney,’ and his son is featured as a guest star.

Sebastian comes in near the end of filming. The little one mouths the words, “I love you” while playing in an adventure zone. Sebastian is also recorded while taking in the sights with dad.

In many ways, ‘Zoney’ can be viewed as Khalifa’s story. The rapper talks about his rise to fame in the song as well as his drive that was misunderstood in his youth. “I remember spendin’ summers in the studio,” he raps. “My pops told me have fun, be a kid for once.” Wiz tells listeners that his “big dreams” are what made him strive to do more with his talent.

Fatherhood certainly serves as the rapper’s motivation to continue doing big things in the industry. “When it comes to fatherhood and music, those two are two totally different things,” he said during one interview. “Structure is always needed, so my kid coming into my life and helping me structure everything has helped me as a person and as a business person.”

Sebastian is Wiz Khalifa’s only child with ex-wife Amber Rose. He celebrated his third birthday in February. Take a look at the music video for ‘Zoney’ here. Viewer discretion is advised.