REPORT: AMINA BUDDAFLY IS PREGNANT BY PETER GUNZ, TOO

by Sarie
in Expecting
6 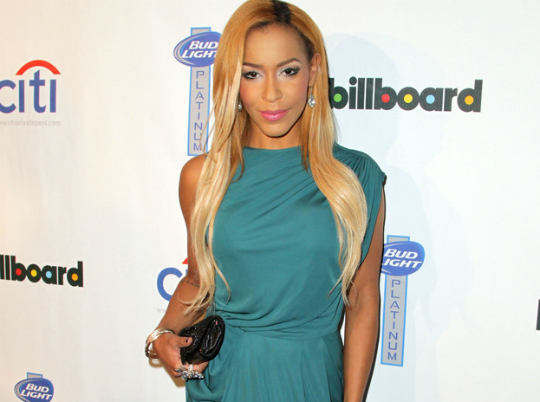 Peter Gunz is expecting two bundles of joy to arrive later this year. Amina Buddafly, the artist’s wife, is reportedly pregnant with her and Peter’s second child.

“Several sources have confirmed Amina announced her pregnancy during the ‘Love & Hip Hop’ reunion show taping on Thursday and she already has a visible baby bump.”

News of Amina’s pregnancy comes less than one month after Tara Wallace announced her expectancy of her and Peter’s third child together. “I wasn’t suppose to say that but it’s a boy,” the celebrity mom shared during her most recent interview. “Since I like snuck the sex out, you’ll have to wait for the name,” she added.

Peter also commented on his and Tara’s expectancy by responding to critics who scrutinized his decision to have more children. “I’m not on child support, not one kid on welfare, never asked anyone for help with my kids, yet the out cry is so harsh… Go figure,” he said. “Blame me, not Tara and Amina,” he continued. “But after you blame me f— off.”

Amina and Tara will make Peter Gunz a father for the tenth and eleventh time.

UPCOMING: MARLEY DIAS IS CHANGING HER COMMUNITY ONE BOOK AT A TIME

AMANDLA STENBERG STARS IN SUNDANCE FILM 'AS YOU ARE'

AMANDLA STENBERG STARS IN SUNDANCE FILM 'AS YOU ARE'