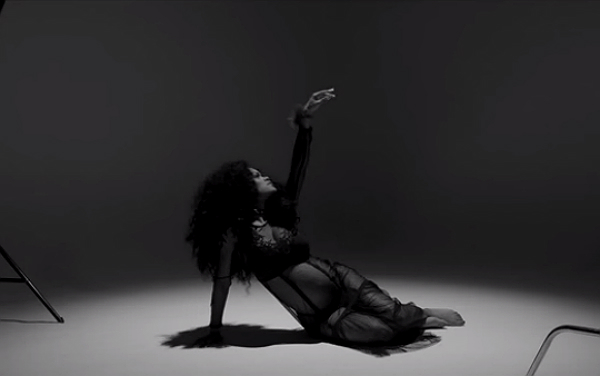 Teyana Taylor is fabulous and pregnant. The R&B singer recently showed off her bump in her fiance’s latest music video for ‘Promised.’

Iman Shumpert tells fans that he wrote the song nearly two years ago. “The crazy thing about it is when I was writing it, I was speaking figuratively,” he says. “I wrote this song about a year-and-a-half ago. Teyana didn’t add her part until right before the playoffs last year. With everything that was going on it just started to line up in my mind, I kind of envisioned what was happening and timed it up accordingly.” Shumpert further explains, “The song is about keeping my promise to people that I love and all the stuff I ever said I was gonna do.”

Teyana is featured in the video while wearing a black lace that reveals her bump. The singer cradles her stomach while doing a number of poses that place the beauty of pregnancy on display.

The couple are expecting a baby girl to arrive in coming weeks. See the music video for ‘Promised’ below!