HEIDI KLUM AND KIDS SPEND THE WEEKEND AT THE PUMPKIN PATCH 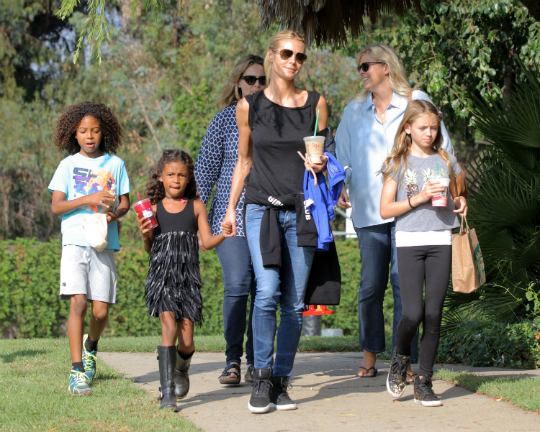 Heidi Klum spent the weekend with her kids in Brentwood. The Project Runway judge watched her sons compete in a soccer game on Saturday morning and later took the children to pick out a pumpkin at the patch.

Klum was definitely in mommy mode at the pumpkin patch. The model showed her oldest daughter, Leni, the ropes of picking out the right pumpkin, and handed the large piece of fruit to her daughter after it was selected from others of its kind. 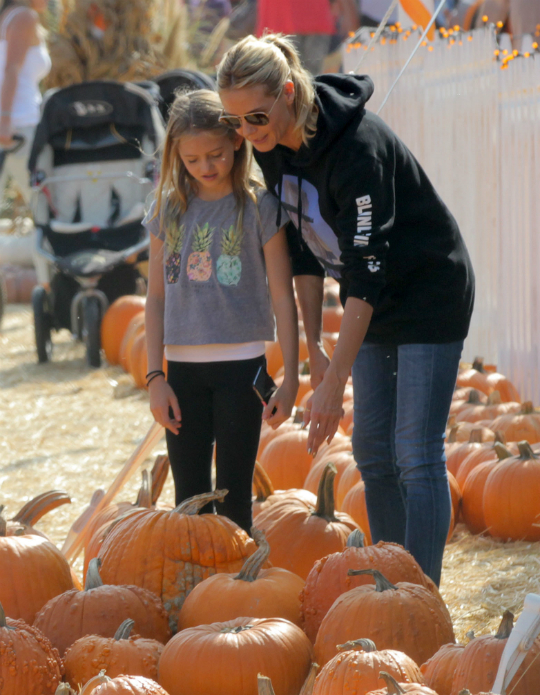 Although she and ex-husband Seal have been apart for several years, Heidi tells Redbook that little has changed since their divorce. “Obviously, things have changed, but they haven’t changed drastically,” says Klum. “[Seal] was never your typical dad who left for work in the morning with his briefcase and would be by home by dinnertime every night. He traveled a lot. The kids knew it was part of his job. I’m a mom and a dad at the same time.”