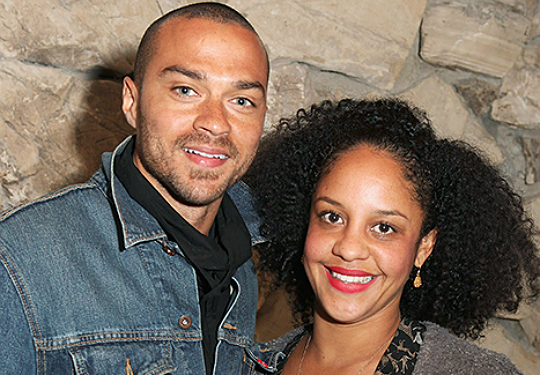 Congrats to Jesse Williams and wife Aryn Drake-Lee on the birth of their second child. The couple welcomed a son a few weeks ago and named him Maceo.

It was just last year that Jesse and Aryn welcomed their daughter, Sadie. Jesse told media that fatherhood was “hard to describe. It’s wonderful — a new discovery every day. It’s great and I’m loving it,” said the actor.

Now, with two kids, Williams tells Us Weekly that there are a few things he’s focusing on while rearing his son and daughter in the digital age. “I try to raise them with the greatest [values] from my life, but times are completely different now,” says Jesse. “We were at an age where we didn’t have [Internet] or email addresses — it’s both exciting and terrifying.”

Jesse and Aryn Williams announced their second expectancy in June. The couple wed in 2012.